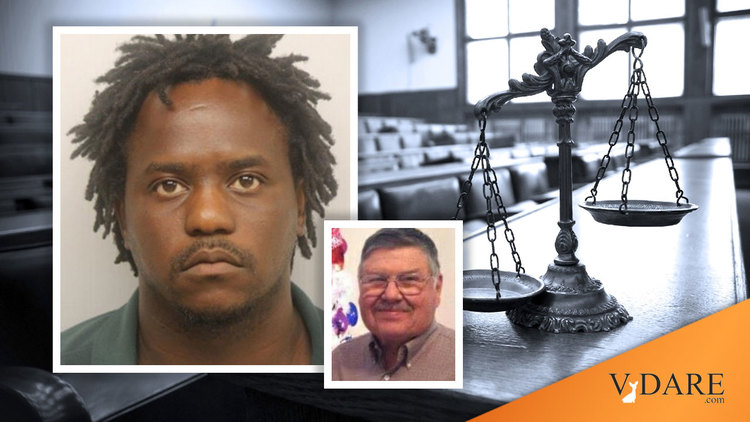 Lots of events in the Southeast are celebrating the first anniversary of the Racial Reckoning: keep that spirit alive! For example, from the Hilton Head Island Packet:

Dunham breathed an audible sigh of relief through his face mask after hearing the verdict and softly fist-bumped his attorney.

Stevens, 77, was shot to death just before 9 a.m. Aug. 10, 2017, while sitting in the driver’s seat of his Ford F-150 truck in the Argent Square parking lot near his home off Ulman Street in Hardeeville.

Dunham, 28 and living at Hardeeville at the time, was arrested related to the killing a day later in Savannah. His trial started Tuesday in Ridgeland on charges of murder and possessing a weapon during the commission of a violent crime.

During closing arguments on Thursday, 14th Circuit Solicitor Duffie Stone wove together a story of a frustrated Dunham searching for a ride when he came across Stevens.

“… He sees a target,” Stone said. “A 77-year-old man alone with a running truck. What great fortune for Devon Dunham, a vulnerable elderly man by himself.”

Stone alleged Dunham walked up to Stevens, told him to give him the truck, then unloaded all eight rounds in his 9 mm handgun when Stevens tried to drive away.

“He shot Mr. Stevens because he was losing his ride,” Stone claimed, adding here’s no argument of the facts because “most of what I told you Devon Dunham told you” in his admission to police.

He also said Dunham “is not the best communicator,” which may have affected how he explained what happened to Hardeeville officers after his arrest. By the time Dunham admitted to shooting Stevens, he had been handcuffed to a wall in the interview room for six hours and was “sleep deprived,” his attorney said.

The defense began arguing that race, Dunham being a Black man and Stevens being white, could have played a part in the incident, but Stone objected and the judge agreed to not allow the theory.

Perhaps the defense argument was:

“Dunham being a Black man and Stevens being white,” May I ask the court reporter, Judge, to read back that sentence with denotation of the capitalizations? … You will note, ladies and gentlemen of the jury, that Black is capitalized and white is not. Think about that in the jury room when determining who has the right to do what to whom.

If the dead man’s not capitalized, you must aquittacize.

Back to the Island Packet:

In South Carolina law, murder is “the killing of any person with malice aforethought, either express or implied.” The prosecutors have to prove the charge “beyond a reasonable doubt” and all 12 jurors must agree on whether the verdict is guilty or not guilty.

If Derek Chauvin had been black and George Floyd an elderly white volunteer fire chief, that jury would have not only returned a verdict of not guilty, but also declared Chauvin the King of America.

In other crime news, guess the race of the victims in Miami at the El Mula banquet hall:

NORTHWEST MIAMI-DADE (AP) — Two people died and an estimated 20 to 25 people were injured by gunfire in a shooting outside a banquet hall in South Florida, police said.

The banquet hall had been rented out for a concert. Three people got out of an SUV and opened fire into a crowd outside with assault rifles and handguns, police director Alfredo “Freddy” Ramirez III said. Authorities believe the shooting was targeted. …

Two people died at the scene, police said. As many as 25 people went to various hospitals for treatment.

No arrests were immediately announced.

… Democratic state Sen. Shevrin Jones said he wants DeSantis to do more than just pray. He’s calling on the governor to sit down with Democrats to discuss meaningful ways of addressing gun violence.

But he acknowledged Republicans are resistant to discuss the issue.

Yeah, so, judging by Sen. Shevrin Jones’ talk of the community being visited by gun violence, Sailer’s Law of Mass Shootings holds again.

Gun violence ushered in the Memorial Day weekend in South Florida when dozens of shots were fired outside another gathering in Miami’s Wynwood area. The shooting late Friday killed one person and injured six others.

Yeah, if you watch the local if-it-bleeds-it-leads TV newscast, this was another African-American party drive-by shooting in accord with Sailer’s Law.