I got a smile or two out of this March 14th piece in Scientific American, title: Why Are White Men Stockpiling Guns? Subtitle: "Research suggests it's largely because they're anxious about their ability to protect their families, insecure about their place in the job market and beset by racial fears." [By Jeremy Adam Smith,March 14, 2018]

Scientific American is impeccably CultMarx-compliant, so I wasn't very surprised to find them telling me that keen interest in guns is a white-guy thing  "rooted in fear and vulnerability"   and "racial anxiety."

Uh-huh. While I was smiling, though, I couldn't help thinking that the author, for all his PC sociobabble and the dubious "studies" he cites, is likely on to something. Two very distinctive things about the U.S.A. among other Western nations are, one, lots of us are really keen to own guns, and two, we have a big old sub-population of blacks. Might not the two things be connected?

If you are a gun-lover, you can speak for yourself. I'm one, and I'll speak for my-self. Possibly I'm a lone eccentric, a demographic of one, but here goes anyway. 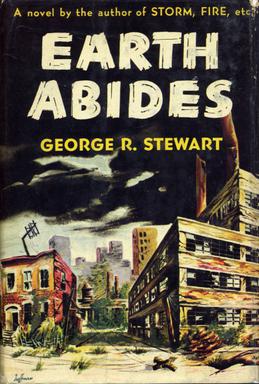 I don't have a lot of faith in the stability and permanence of our civilization. Perhaps I have less faith than most. In my formative years I read a lot of science fiction, including post-apocalyptic stories about the world following a nuclear holocaust, a great plague, a worldwide famine, a catastrophic earthquake … You name it. For making your adolescent flesh crawl, there was nothing like mid-20th-century post-apocalyptic sci-fi.

It didn't help that one of my schoolmasters, a teacher of English with an enthusiasm for Anglo-Saxon verse, introduced us to that poem where the poet finds himself among the ruins of a Roman town and wonders what the heck happened to it all.

So I live at a level of anxiety — a low level: I'm not neurotic about it, not enough to be a real Prepper — that I could wake up one morning to find the fragile fabric of civilization turned to dust overnight like Tutankhamun's shroud.

I'd like to think that if that happened I could survive long enough to get myself and my family to some friendly group dedicated to collective survival. I'll be looking for a community I can join for mutual protection. Lone Preppers, it seems to me, are going to be easy targets.

Targets for whom? Well, if we collapse into a state of nature, a lot of people will be doing what I'm doing: Looking for a community to join, for the safety of me and my family. Some other people, however, will go feral. They'll be looking to survive too, and their preferred method will be to kill me and take whatever I've got.

If I spot a group of strangers on the post-apocalyptic road, how will I know which category they fall into — folk like myself looking for safety in numbers, or feral predators?

It's a sad thing to say, and disagree if you like, but I think race will be a major clue. We know how inner-city blacks behave among themselves. We know the statistics of Detroit, Baltimore, Chicago, New Orleans, St. Louis. We know about Nat Turner's uprising and the massacres in Haiti. When blacks confront whites in a state of nature, race vengeance is on the table.

You may say race vengeance is justified, given the cruelties and indignities of the past. Probably you are right. I'm looking to survive, though. When some feral black has a knife to my child's throat, the fact that he may have some historical justification for his feelings will not be a factor in my decision-making. If I'm armed, I'll shoot the guy. If I'm not armed, I'm out of luck, and so is the kid.

I do believe, and the Scientific American article, in its guarded, condescending, and roundabout way I think confirms, that one reason we white Americans love our guns so much is fear of blacks, and of what might ensue if the restraints of law and civilization were to fall away.