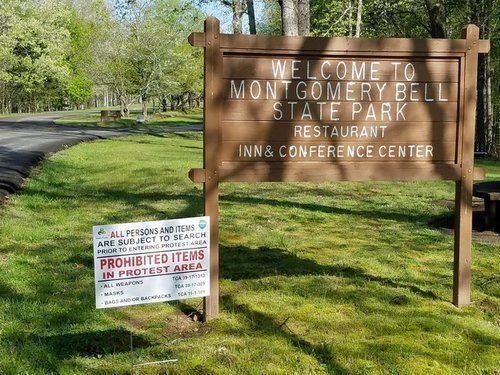 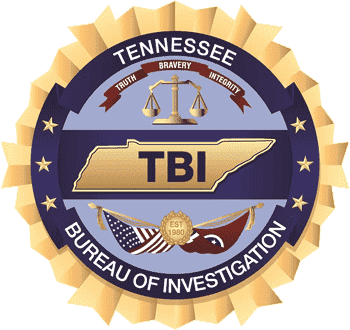 I'm recording the latest Radio Derb now—this week's podcast will be coming to you from Montgomery Bell State Park in Tennessee, where I have joined several dozen other dissidents for the annual conference of American Renaissance, our country's leading white advocacy and race realist group.

Our conference may be livelier than usual this year. Arriving at the conference center in Montgomery Bell State Park, I saw that the place is thick with armed security personnel. It's a state park, so these must be law enforcement officers of the state. There was in fact a big truck parked near the conference center with TENNESSEE BUREAU OF INVESTIGATION painted on the side. Really? I knew there is a Federal Bureau of Investigation, the FBI, but I didn't know states have them too. 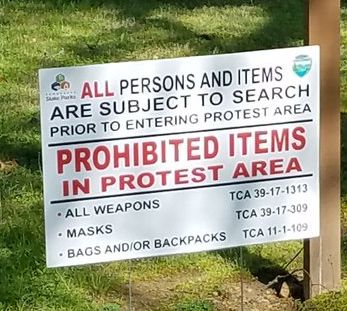 A little way further towards the conference center there was a road block at which I had to stop and identify myself. Next to it was a big sign listing things that are not allowed in the "protest area." (N. B. No masks!)

Arriving at the entrance to the conference center I had to go through a bag search and a body scan before they'd let me in.

This is all new. I've been coming to the AmRen conference at this same conference center for years. They never had anything like this level of security before. There wasn't really any security at all.

Prior to last year the only protestors were a little group of a dozen or so of the usual types—guys with neck beards and women with weight problems—kept restricted to a little plot of grass fifty yards from the entrance to the center, watched by a couple of cops.

Then last year there had been some lawsuit and the cops had to allow protestors right down to the conference center, though not inside it. We had to walk right past them to go in, though police made sure there was no physical contact.

Now this year there's this huge security effort. I guess there have been threats, and the Tennessee state authorities are taking them seriously. I haven't seen any protestors yet; but it's only Friday evening, conference attendees still arriving, with a reception at six o'clock followed by some informal socializing.

The conference proper—lectures, then an evening banquet—is tomorrow, Saturday. I guess that's when the protestors will show up. I shall report on that via Twitter, if you don't mind. Radio Derb gets filed around midnight tonight, Friday, and I'll be darned if I'll change my routine for a bunch of Trotskyists and cat ladies.