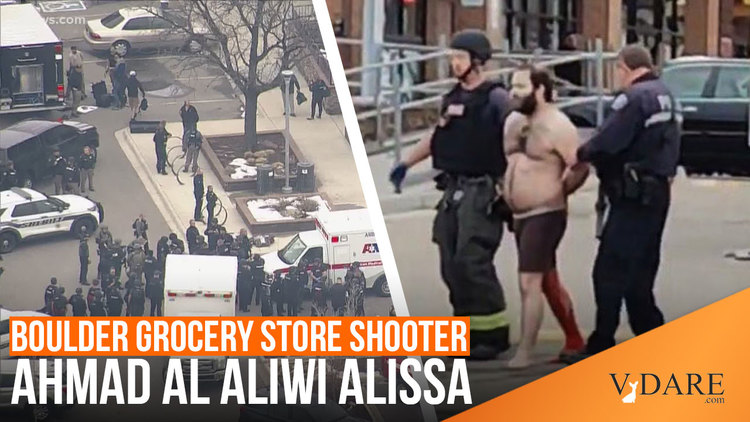 Earlier: How Many “Home-Grown” Muslim Attacks Before A Muslim Immigration Moratorium—And Expulsions?

The mass murder suspect in Boulder, arrested for killing 10 people, including a police officer, turns out to be a 21-year old Muslim, Ahmad Al Aliwi Alissa.

The suspect in the Boulder King Soopers shooting has been charged with 10 counts of first-degree murder, police in the Colorado city said Tuesday.

Since September 11, 2001, the most important and interesting thing about any mass murderer. as far as news consumers are concerned, is "Is he a Muslim, attacking for Muslim reasons?"

News producers, on the other hand, seem interested in telling us how old he is. See this screenshot of helpful news alerts from my iPhone: 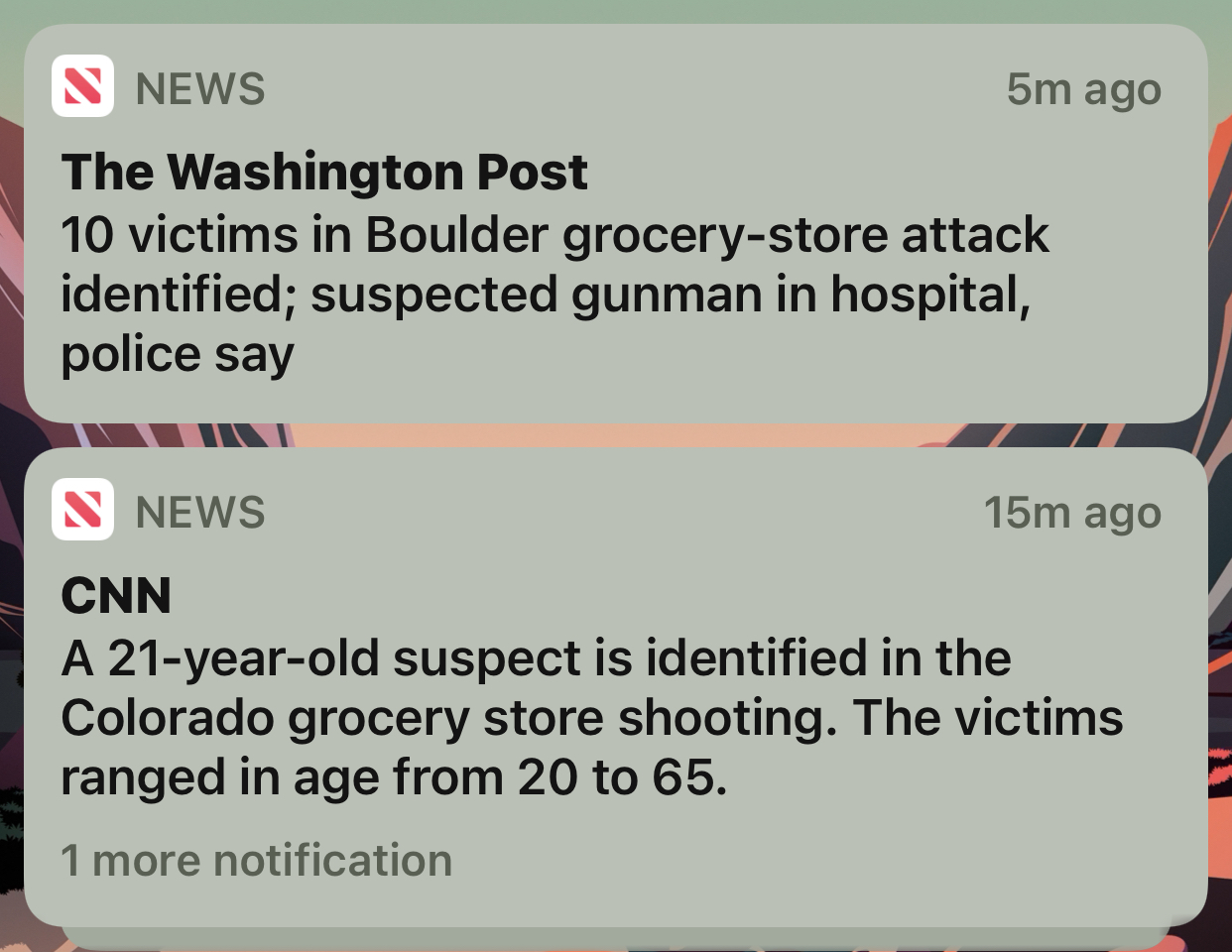 News producers, on the other hand, seem interested in telling us that he's  "of" Arvada, CO.

But of course, even if he is genuinely "of" Arvada, in the sense of being born there, the fact that a man named Ahmad Al Aliwi Alissa is killing  people in Boulder, Colorado is a result of Muslim mass immigration, mostly legal immigration, a result of the Immigration Act of 1965. When Omar Mateen murdered 49 people in Florida, he turned out to be an Afghan Muslim, and born in America.

Hillary Clinton actually thought she was scoring a point in a debate when she said in the Third Presidential Debate that Omar Mateen “was born in Queens, the same place Donald was born.” The ballot box proved her wrong.

Muslim immigrants are behaving as expected, and so is the American MSM.

Next we can expect to hear calls about the Muslims in Colorado "bracing for backlash."

I told you guys there was a reason they delayed the release of the name. https://t.co/zhQcw9sfic

No, "backlash" only happens when a white guy commits murder, even for non-racial reasons.