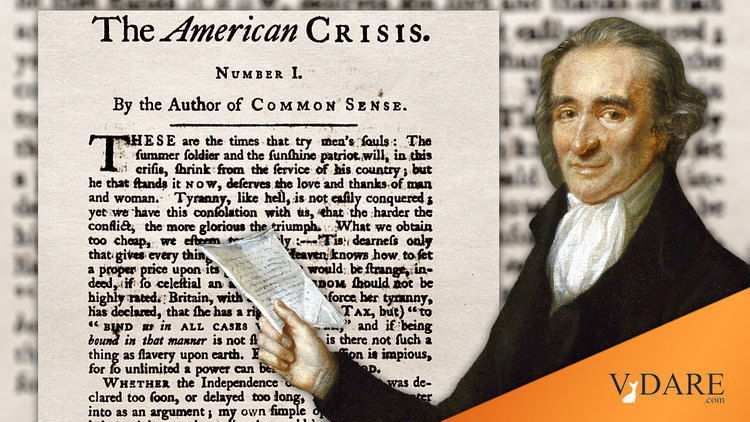 The American rebels, Hampton wrote, “were white men, primarily British, fighting for their independence from a foreign power.” Hampton should have put a period after “independence.”

Great Britain was not a “foreign power.”

British subjects were fighting against their own monarch; indeed, a foreign power, France, helped the Americans win.