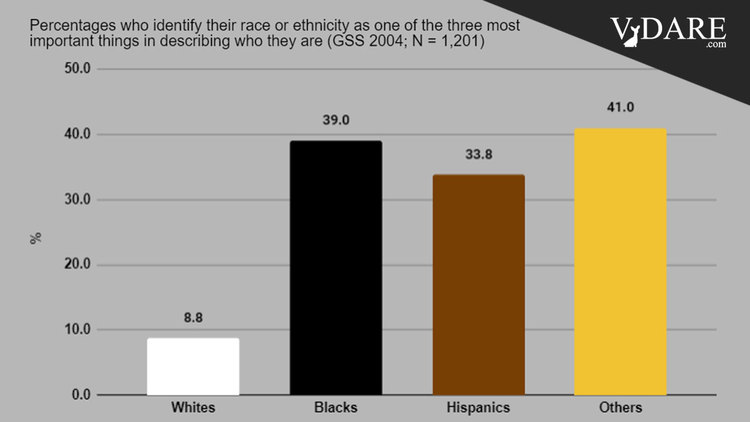 Importance Of Racial Identity To Each Race One of the major objectives of Wokeism in general and Critical Race Theory in particular is to force whites to strongly identify by their race. That identity is by mandate a cursed, cancerous one, of course, but it is important they strongly identify with it all the same. The failure to do so—to strive to live in a colorblind world, as the vast majority of white Americans did as recently as 2004, evidenced by the preceding graph—is deemed unacceptable.

This interesting module needs an update. The Great Awokening has likely pushed the white figure closer to BIPOC numbers. While the Wokeists have awakened many whites to the salience of their racial identities by screaming in their slumbering faces, it’s unclear to what extent and for how long those recently awakened whites will view their racial identities in the deplorable, irredeemable ways their abyssal persecutors demand they do.