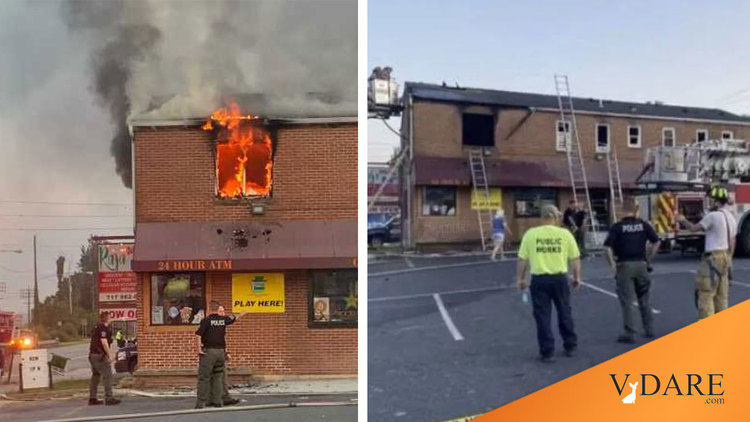 Earlier: Diversity Is Strength! It's Also…Familicide,

One of the subtropes of the phenomenon we call "Immigrant Mass Murder" is Immigrant Familicide: where an immigrant snaps for either cultural reasons or as a result, perhaps, of the strain of living in an alien society, and kills his whole family (and sometimes himself). This frequently involves people from the Middle East or the Indian Subcontinent.

One of those incidents recently happened in Steelton, PA:

The grandfather who killed himself, his son and his two young grandchildren by setting a Steelton apartment on fire had been acting oddly, Dauphin County Coroner Graham Hetrick said Tuesday.

“There had been indications of abnormal behavior” by 67-year-old Jafar Afshar, Hetrick said during a press conference at the county forensic center.

Hetrick said he couldn’t comment on a motive as to why Afshar set the Friday morning blaze that killed his 36-year-old son Saeed along with his 5-year-old granddaughter and 8-year-old grandson.

‘I helped carry out one of the dead children’: Coroner calls Steelton fire that killed 4 a ‘horrific’ murder/suicide,  pennlive.com,August 10, 2021

None of these headlines hint that it's either an immigrant or a Muslim that has done this thing. People magazine headlines Jafar Afshar as a "Pa. Grandpa."

No motive for the killings has been discussed

For the record, the story doesn't say that Jafar was either an immigrant or a Muslim. I assume from his name that he was a Muslim, and from his age--born several before the Immigration Act of 1965, that he wasn't born in the US.

The children, however, were American, as is their mother, a white woman, who wasn't killed in the fire. 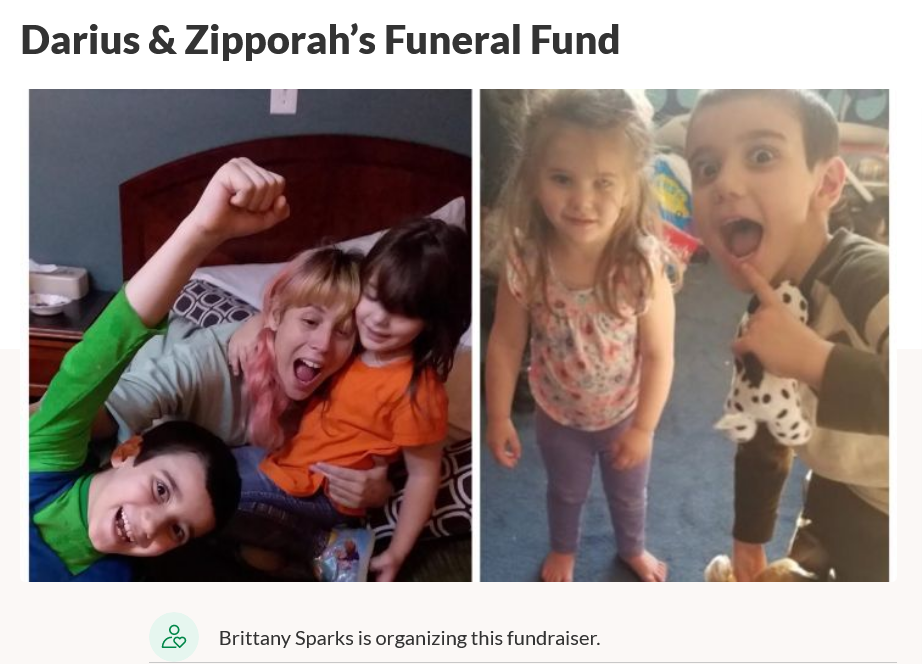 A terrible tragedy occurred in our family on Friday August 6th, when my cousin’s 8 year old son and 5 year old daughter passed away in a fire inside their home. We are all deeply devastated by this loss and are trying to do everything as best as we can to help my cousin and her family get through this. Both financially & emotionally. We want to give Darius & Ziporrah the memorial they deserve, to honor their memory and say our last goodbyes.

This is a horrifying crime, but the amount of coverage it isn't getting is telling, compared with the also tragic case of a white American father who killed his two children which is being blamed on his belief in the Qanon conspiracy.(He seems to be some kind of lunatic.)

Matthew Taylor Coleman, the white guy, has what are alleged to be 140, 000 results in Google News.

Afshar actually features in half-a-dozen local stories, where as the  alleged Qanon is a world-wide media phenomenon. But as for Immigrant Mass Murder, the MSM prefers not to notice or name the phenomenon:

For some examples, see