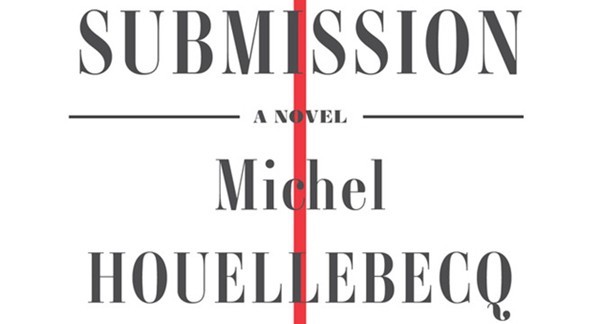 How Plausible Is Houellebecq's "Submission?

The terrorist slaughter of the staff of a satirical magazine featuring on its cover this week novelist Michel Houellebecq occurred on the day of publication in France of Houllebecq new novel Submission.

Here’s a synopsis of the novel, which is scheduled for publication in English translation in the fall.

Back in 2002, Houellebecq had been dragged into court for saying snarky things about Islam, but had been ultimately acquitted. His new novel about a Muslim takeover of France in the 2022 Presidential election harkens back to another event of 2002, the two-round Presidential election. In the primary round, the incumbent center-rightist Jacques Chirac took first place with 19.9% of the voters. Lionel Jospin of the center-left Socialists got 16.2%. But the Socialist was squeezed out of the runoff round by veteran rightist National Front leader Jean-Marine Le Pen with 16.9%.

Unlike laborious American Presidential general elections that take place many months after the primaries (the elderly John McCain, for example, grew 3/4ths of a year older [but no wiser] between when he lucked into wrapping up the GOP nomination on February 5, 2008 and the general election against the fortysomething Barack Obama), French final rounds last only two weeks.

And the European establishment in 2002 turned this into an extraordinary pan-European Two Weeks Hate against Le Pen and against immigration restrictionists in general. (Not surprisingly, the leading Dutch immigration skeptic, Pim Fortuyn, was assassinated by an upscale white leftist the day after the French final, and the European establishment reaction tended to be that while it was all very tragic, the murder victim kind of had it coming.) With the entire left turning out to vote for the old Gaullist Chirac, Le Pen senior only increased his share of the vote in the final round to 17.8%.

So Houellebecq projects this scenario forward 20 years to 2022. Houellebecq has said he’s speeding up demographic destiny by placing in 2022 events more likely for, say, 2042.

The Socialists have somehow eked out a second term in 2017, but now Marine Le Pen is the frontrunner. The Socialists are so unpopular by 2022 that the new Muslim Fraternity party ekes into second place, earning a spot in the final round. From The Modern Novel website:

they are adamant that they should be in charge of education, on the basis that if you educate the children they will turn out as you wish them to turn out.

It seems that their policy will be to create Muslim schools which will follow strict Muslim teaching (same sex schools only, girls mainly taught domestic science and trained to be wives and mothers, very limited higher education for women, regular prayer and Koran-based instruction). Non-Muslim schools will exist but they will get much less funding, so that they will soon deteriorate and all middle-class parents will want to send their children to the Muslim schools. They will also allow polygamy.

Running out of petrol, he finally finds a garage but finds the cashier dead – shot – as well as two dead, armed Muslims. What happened? Eventually, he arrives at the village of Martel, apparently named after Charles Martel, who defeated the Arabs at Tours in 732. He bumps into Alain Tanneur [a Socialist deep stater], who has a house there. Both he and his wife have been made redundant. He goes to dinner with them, where Tanneur gives a lot more speculation on the possible future of the country and tells him how the attacks on the garage and similar attacks at election booths are being kept out of the media.

In other words, in Submission, 2022 wasn’t a free and fair election, but Le Monde et al aren’t going to tell you that that the majority actually favored Le Pen.

However, when the Muslims do win the elections, things seem to calm down. After that, things change very rapidly and, in my view, very unconvincingly. Women are sent back to the Middle Ages, wearing only modest clothing. They seem to be squeezed out of many jobs. François, for example, goes to a cocktail party at the university later on and is surprised that there is not a single woman there. Polygamy is adopted and accepted (by both sexes). Crime drops. The new president, Mohammed Ben Abbes, is very astute at not antagonising too many people.

The European Union, under French inspiration, admits Morocco, Tunisia, Algeria, and Egypt. EU membership comes with Open Borders, sealing the demographic fate of much of the rest of Europe.

The protagonist is bereft of a job (and the steady supply of a coed per year that had come with it). The new head of the university, a collaborationist, offers him his professorship back if he converts to Islam. He does, and finds it not so bad.

There are some ideologically brilliant ju-jitsu moves in this, such as equating Islam with the Nazi occupation of France, and suggesting that Houellebecq himself, who has cultivated a George Costanza-like image over the years, would, of course, collaborate.

To make this more historically plausible, however, I’d stretch this pollitical process out into a two stage process taking place over five years across two elections and combine Submission with The Camp of the Saints.

In 2022, Marine Le Pen wins the first round with, say, 45% of the vote. The mediagenic Muslim party candidate, who finishes fourth with 10%, announces that he will advise his followers to not vote in the final election, unless the coalition of Establishment parties give him control — but not of education as in the author’s scenario but of immigration and citizenship as a moral rebuke to the anti-immigrant hatefulness of the National Front.

The establishment / Islamist coalition ekes out a 51-49 win over the National Front, helped along by some mob violence and election tampering. A secular centrist Frenchman becomes president. Marine Le Pen steps aside as head of the National Front in favor of her even more popular and charismatic daughter, who instantly becomes the frontrunner for 2027. The Internet is full of observations that Likud lost eight straight general elections before becoming the dominant party in Israel.

In desperation to stop the next onslaught of the FN in 2027, the combined establishment parties accede to the suggestion of their most brilliant young politician, Mohammed Ben Abbes, that to prevent the people from electing a new government in 2027, the government must elect a new people.

A media campaign of white guilt over French colonialism and the Crusades is ginned up. A ship loaded with illegal immigrants founders spectacularly in the Mediterranean on television. A new law is rammed through offering, in effect, open borders for four years to all countries victimized by French imperialism and the Crusades (in the small print, Egypt is included). A one year residency requirement for voting is introduced. A senile Pope Francis issues an encyclical denouncing immigration restriction as the great Satan of the 21st Century. A few false flag operations whip up a frenzy of hatred against the FN.

The Camp of the Saints of course proves a vast disaster for France, which only intensifies establishment anger at dissidents for pointing this out. Muslim and African car-be-ques appear to be headed out of control, but Ben Abbes demonstrates an impressive ability to turn them off at his command. In desperation, the Socialists and Sarkozyites turn to Ben Abbes as the one man who can permanently end the FN menace, while also calming the street violence spilling from the banlieues to the arrondissements. Of course, after Ben Abbes takes out the FN, the French insiders reason, he can easily be squeezed out himself.

And so on January 30, 2027, a few months before the scheduled election, the sitting president resigns in favor of the temporary expedient of Ben Abbes. A few weeks later the Louvre burns down, apparently the work of FN wreckers. FN leaders are arrested. A North Korean computer hack reveals the names, addresses, and license plate numbers of FN voters, some of whom suffer rough justice for their guilt stretching back to the Crusades.

Although in preventive detention, after the first hour of vote counting in the primary round in April 2027, Mademoiselle Le Pen appears to be headed toward a smashing majority, making her President without a runoff. But a computer outage takes vote counting off the air for the rest of the evening and when the count resumes in the wee hours, it’s found that she only won 48% and must face Ben Abbes two weeks later.

And thus we can pick up again with the story line in Submission.