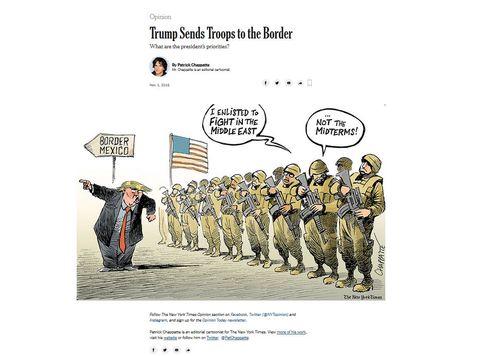 How Dare Trump Defend the Border Instead of Fighting in the Middle East?

Trump Sends Troops to the Border
What are the president’s priorities?
By Patrick Chappatte, Nov. 1, 2018
Mr. Chappatte is an editorial cartoonist. 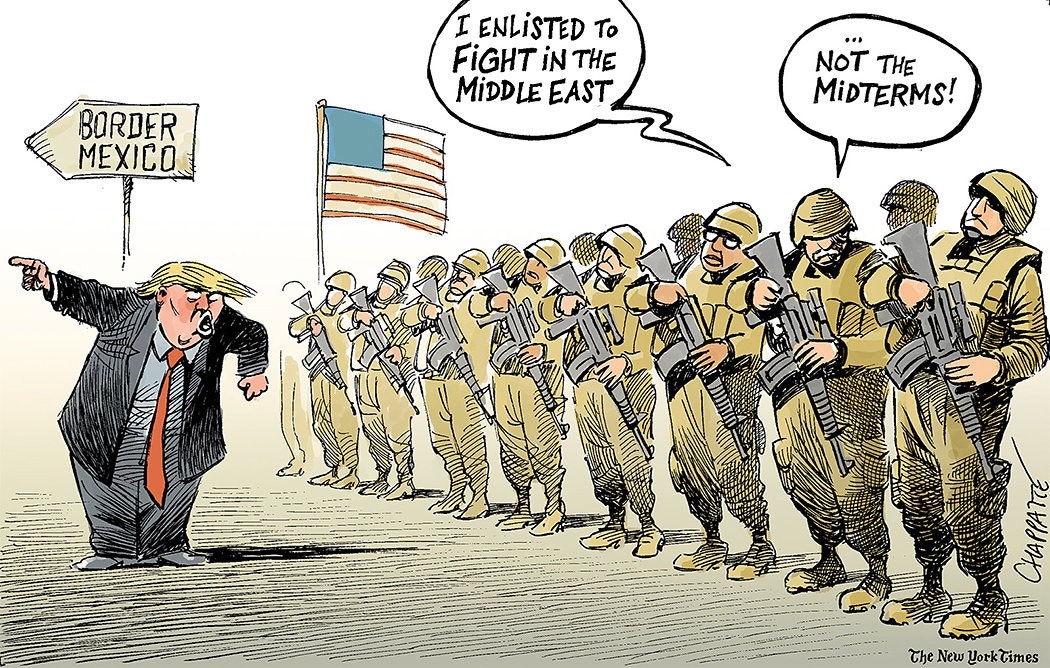 I like how the poor bastard who enlisted to fight in The Forever War in the Middle East is an elderly white-mustached Wilford Brimley-lookalike who must have enlisted on 9/12/2001.

I also like how the New York Times gives its cartoonist a headline and a subhead to explain his cartoon.

Update: Apparently, the original caption read “I enrolled to fight in the Middle East.”

A good piece about the silliness--and costs--of Trump sending more US troops to the border to confront a caravan 1,000 miles away than he has deployed in Syria or Iraq: https://t.co/cl0g3fNZCw by @helenecooper