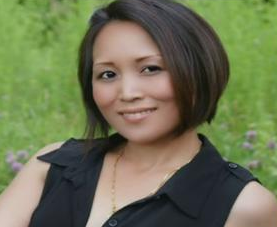 Last week, an angry Hmong ex-husband, Neng Moua, went to a medical office in downtown Fresno and shot his ex-wife, Zyang Vang (pictured), to death and then killed himself. She had seven children, five from the murderous ex-husband.

The couple had a very Hmong history. He purchased her for $3500 from her immigrant parents in 1993 when Vang was a child of 12. Those facts appeared in court documents when in 2004 she applied for an annulment based on her age at the time of marriage. She also swore that he was violent and choked her.

Sometimes Hmong men kidnap girls and force them to submit to marriage, a custom known as bride kidnapping. So Vang was treated better than some. Sort of.

But you have to wonder how a girl becomes a mother at age 13 in central California, and authorities just look the other way. Did a pregnant Zyang Vang attend the 7th grade in a Fresno school? Child abuse and statutory rape are apparently given a pass in modern America as long as those crimes are committed by diverse foreigners. In California the age of consent is 18.

A Fresno TV station tried to grapple with America’s “culture clash” with Hmong, who have been one of the less successful immigrant groups. The high level of misogyny common to the culture got the softball treatment, perhaps because more than 24,000 Hmong reside in the city.

In the piece, a Hmong psychologist claimed that Vang wasn’t sold like a slave, but instead her parents received a dowry. Actually, that’s not true: a “dowry” is money from the bride’s family that she brings to the marriage. A “bride price” is cash given to the bride’s parents by the groom which is what happened in this case. Vang’s annulment papers read, “Respondent bought me from my parents for $3500,” so she thought she had been purchased. The Hmong psychologist just didn’t want to admit that his tribe was practicing slavery in 1993, just 22 years ago.

Diversity can be so enriching. Except when it’s not.

FRESNO, Calif. (KFSN) — The revelation that a murdered Fresno woman was sold to the man who killed her when she was just 12-years-old has raised questions about the Hmong culture.

At her shop on Kings Canyon Hair stylist Sy Lee heard a lot from her customers about the murder-suicide involving a Hmong couple. On Tuesday, 43-year-old Neng Moua shot and killed his ex-wife, 33-year-old Zyang Vang, then killed himself. Sy told Action News she was aware of other similar incidents.

Sy said, “It’s not the first time it’s happened a lot of time already in the Hmong culture.”

While violence by husbands against wives occurs in all cultures and ethnic groups the unusual nature of the “marriage” between Zyang Vang and her husband Neng Moua was quite different from most.

Vang had the marriage annulled in 2004 and in court documents filed then, claimed she had been sold by her parents to Moua for $3,500 in 1993, when she was just 12-years-old. He was 22. While it is illegal in this country early marriages were once common in the Hmong and many other cultures. Ghia Xiong a counsellor for Southeast Asian immigrants at Fresno’s Center for New Americans said chronological age was not a key factor in Hmong marriages

Ghia explained, “Our culture goes more by how mature the girl is, not by the physical age.”

In some cultures marriages of girls could occur after their first menstrual period. But Xiong, says the practice has largely disappeared.

“We have to adapt our culture to make sure that what we do is appropriate here in this new country,” said Ghia.

He also believes domestic violence in Hmong relationships is often due to conflicts between the tradition of male domination and modern equality between the sexes. He notes the claim that Vang was sold into marriage may be the result of a misunderstanding of terms.

“This is a dowry that we do culturally but often time people don’t understand and they misperceive that this form of giving is selling or something like that,” explained Ghia. “In Laos it wouldn’t necessarily be money it could be you know a cow, or a gift.”

The practice of dowry’s and child brides may be fading but is something many Hmong women have lived with.

Sy Lee told us, “A lot of women my age get married very young.”

But she added, “I don’t think it fit in this society, it might fit back then in Laos, but not in here anymore.”

It was not a good fit for Zyang Vang, the mother of 7 is dead at 33 because of an adult relationship she entered into as a child.

Zyang Vang’s parents, who offered her as a 12-year-old bride, were among the first wave of Hmong to settle in the Central Valley. In the 30 years since then, much has changed.

Not to be picky about math, but it has been only 22 years since Vang was purchased as a child bride, not 30 years.