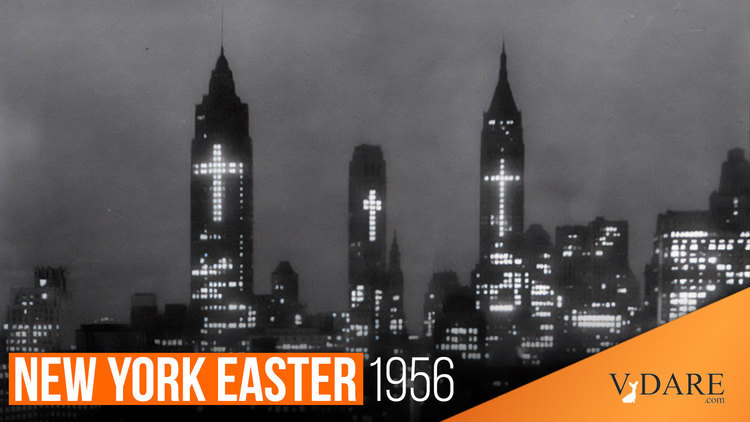 By now even many non-Christians must be familiar with this New Testament verse:

There is neither Jew nor Gentile, neither slave nor free, nor is there male and female, for you are all one in Christ Jesus.

This is the NIV version of Galatians 3:28, cited ad nauseam to show that Christianity supports multiracialism—or that you cannot be a true Christian unless you support even the most bizarre manifestations of anti-white hatred.

Sam Francis once quipped that the erasure of distinction between Jew and Gentile should give second thoughts to fundamentalist Christians who fervently support Israel.

Nowadays, I wonder if the erasure of distinction between male and female could be used to support transgenderism.

I’ve always thought that this passage was not meant to declare that there aren’t race or sex differences, but that salvation through faith in Christ is universal.  The surrounding passages would seem to support that interpretation.

And yet, this being the current age, “Galatians 3:28 Christianity” has taken over.

If you can find the time, I encourage you to read the entire Holy Bible.  I was surprised to read the following passage from the Book of Acts:

From one human being he created all races of people and made them live throughout the whole earth. He himself fixed beforehand the exact times and the limits of the places where they would live.

For both of these Bible verses, there are websites  like Biblehub.com or BibleGateWay where you can compare the language used in the different translations, from the antiquated but poetic King James to plainer versions, like the Good News above.

Most versions seem to use “nations” instead of “races.”

But if God himself has fixed the times and places where the earth’s races should live, I’m not sensing a ringing endorsement of open borders, globalism, or one-world government.