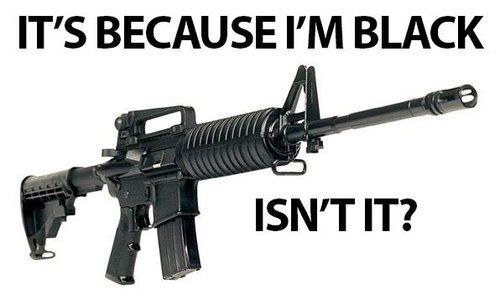 Gun City Vs. Gun Country: Who Are Gun Control Laws Actually Aimed At?

One consequence of the omerta on publicly discussing differences in behavioral profiles across ethnicities is that people end up talking past each other when it comes to guns.

In rural areas where population densities are low and law enforcement response times are often slow, a firearm for self-defense carries a lot of upside and little downside. Gun ranges and the surrounding wilds provide ample opportunity for competence and control in their use and management. Populations tend to be older and whiter. An armed countryside is a peaceful countryside.

In dense urban areas where a squad car is never more than a couple blocks away and high population densities mean errant shots can lead to devastating collateral damage, gun ownership has less upside and more downside. The effective outsourcing of the management of violence to the police means those who do have guns are more likely to have obtained them illegally with aggressive intentions rather than legally with defensive or hunting ones. An armed urban core is Compton in 1988.

Everybody knows the cities are where the troublesome action is. From Harvard-Harris, where “laws related to better controlling guns are needed more,” by selected demographic characteristics: So let rustics have their guns and urbanites their PD on speed dial, then? Ah, but there’s that omerta again.

When wealthy white city-dwelling liberals pretend deplorables in pickup trucks are the problem, they’ve trained themselves into PC-whipped virtue-signalling as the only way of allowing themselves to articulate the reasoning behind their desire to disarm locals who are too poor to ride around in limousines. The corporate media may only report on every twentieth mass shooting because it is one perpetrated by a suburban white kid, but most people know the score.

What’s the solution? As the country is currently constituted, there isn’t one. Devolve it to the states or, better yet, devolve the empire into several separate countries and let those new countries craft gun ownership policies that address concerns relevant to their populations.