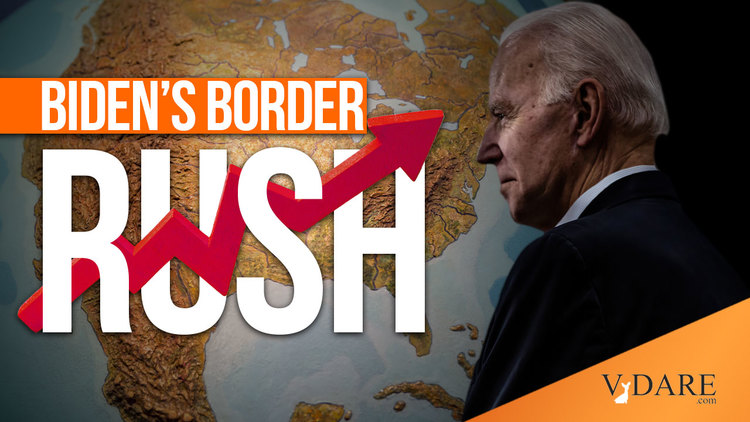 This month’s bad news from the border is in: Border agents caught or encountered 164,973 illegal aliens. Then the Biden Regime released a whopping 33 percent of them.

The first figure from U.S. Customs and Border Protection arrived a little early. The regime had been holding them back until about the 20th of each month and sometimes later. But February’s data showed at CBP.gov before the monthly report that the open-borders regime is required to file with a federal court. 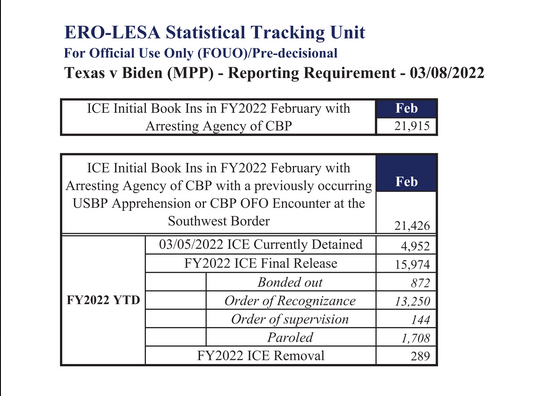 These figures show that Biden released 55,043 illegals between CBP and Immigration and Customs Enforcement. 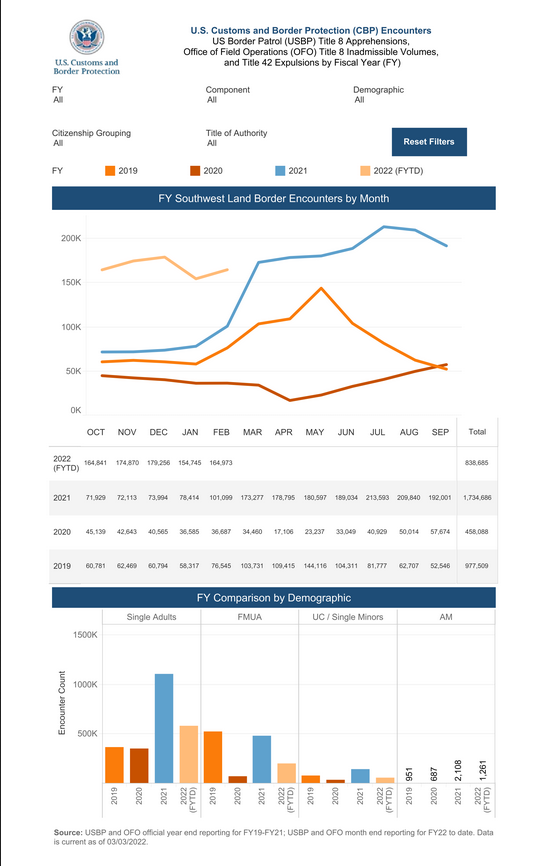 These frightening data are clear evidence that he knows what he is doing and is doing it on purpose. Contrary to claims from Conservatism, Inc., and GOP strategerists, the regime is not “failing” or “incompetent.” Even if Biden doesn’t know what he’s doing, his Homeland Security Secretary, Cuban-Jewish visa fraudster Alejandro Mayorkas, certainly does.

If it were merely “incompetence,” Biden would do the right thing at least occasionally, if only by accident. Even a stopped clock is right twice a day. How much longer must Mayorkas gloat about not enforcing immigration law, which is a crime, before we believe that the invasion—and the Treason Lobbyists behind it—are a key part of the Great Replacement?

To the mind-boggling numbers…

Don’t expect the numbers for March to improve. They will keep coming as long as they know Biden will release them. As of now, every illegal has one-in-three chance to be freed to disappear.

Don’t think they don’t know that.