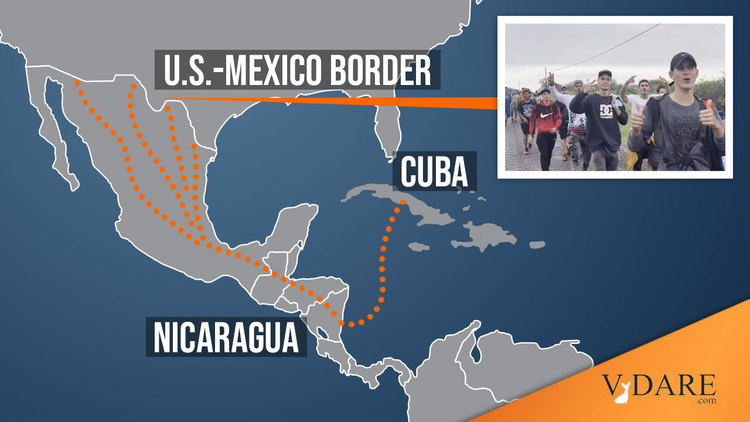 One reason border agents have encountered nearly 180,000 Cubans at the southwest border with Mexico is that they fly to Nicaragua, get off the plane, then begin their journey north. They can enter Nicaragua without a visa as the Daily Caller’s Jorge Ventura reported:

In June, EFE explained what it cost one couple to leave Castro’s paradise to break into the United States illegally: $23,000, “including airplane tickets, lodging, transportation and, of course, the payment to a ‘coyote,’” to smuggle them to the border and into the country:

[T]he coyote was recommended by a friend and cousin who preceded them along the route and are already in the US. …

[T]he journey begins when they reach the Managua airport, coming from Havana. There, they’ll be met and recognized, thanks to photos of how they’re dressed.

“[The coyote] will pick us up there and take us to a hostel. The next day, we’ll leave in a taxi to the border with Honduras. We’ll cross that border on foot and ask for a transit visa. Then, without sleeping or anything, we’ll continue on towards Guatemala,” Arlyn explained.

[Tens of Thousands of Cubans Travel to the USA Via Nicaragua, Havana Times, June 20, 2022]

Given that border agents have encountered 175,674 Cubans since October 1, and that many fly to Nicaragua, we can safely assume that the Cuban regime is uninterested in stopping its subjects from leaving the country.

Unhappily, Traitor Joe Biden and his Homeland Security Chief, unindicted visa fixer Alejandro Mayorkas, are uninterested in stopping them from entering our country.

That is unsurprising. Mayorkas is a Cuban immigrant. 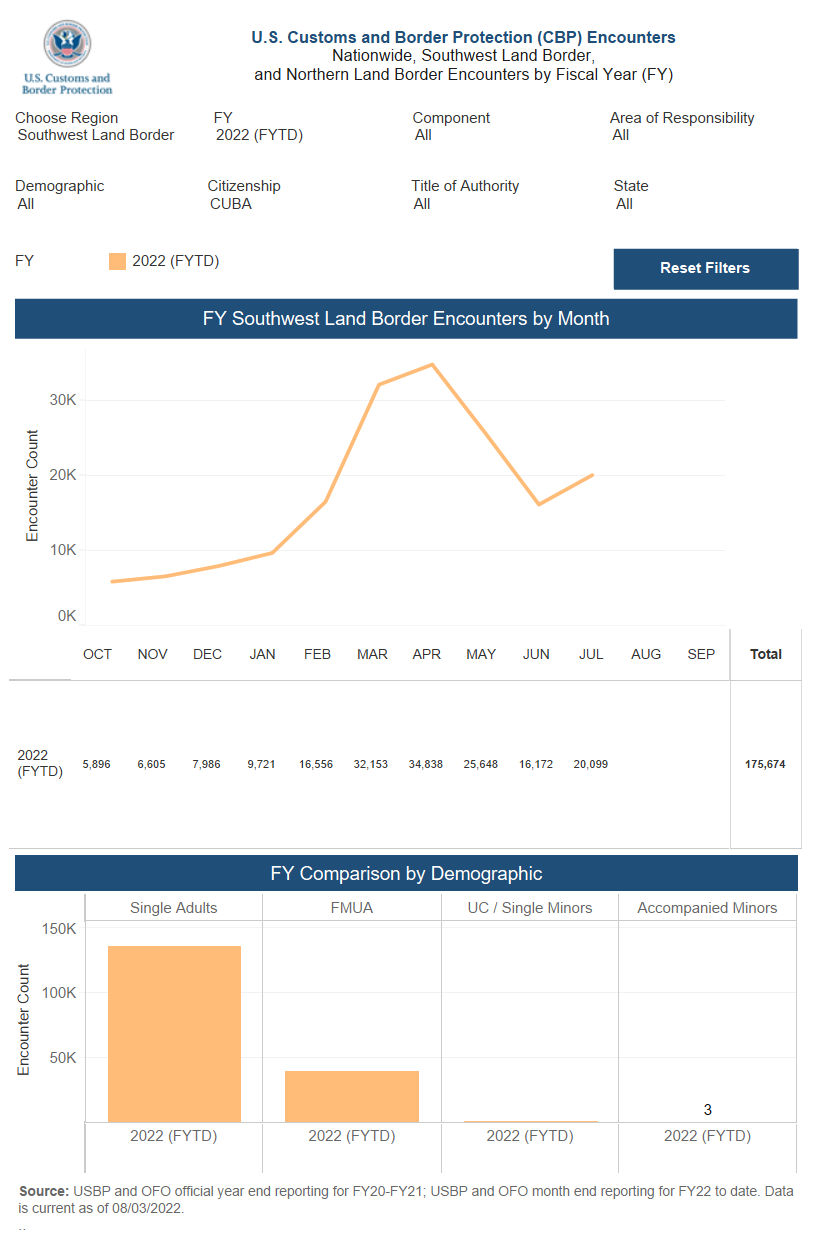