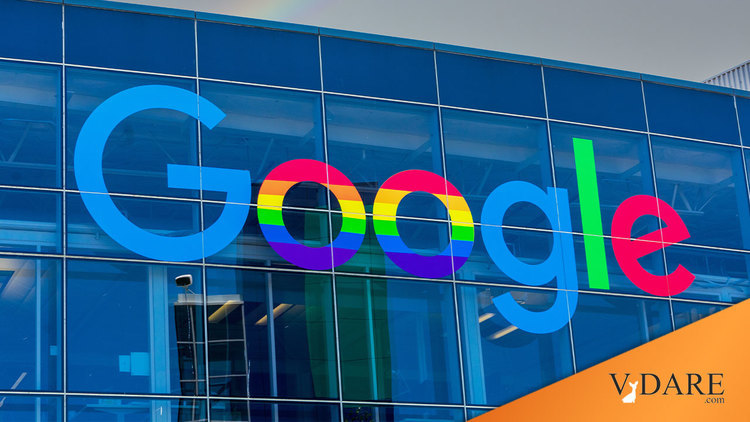 Most of the Orwellian theorizing we've heard over the last week about the power of the Big Data companies misses the point that they can surreptitiously exert modest degrees of influence in all sorts of nearly subliminal ways.

For example, for several years, as you type in searches to Google, it offers auto-complete prompts of its best guess of what you are searching for. This might seem like a ridiculous trivial way in which to attempt to manipulate the public mind, and yet Google has a history of rigging prompts. For quite some time in 2010, for example, Pat Buchanan's name would simply not be prompted by Google. Was this an effort to ever so slightly stifle Buchanan's influence? Or did it just represent a vindictive desire to make Pat Buchanan fans type out all 12 characters?

Nobody outside of Google seems to know. Few seem very interested in asking. After all, journalists reason, Pat Buchanan deserves whatever he gets coming. And Google is good. We know this because their motto is the reassuring "Don't be evil." That proves they are on the side of the Good, which is us.

And, deep down, there's the worry that Google is a lot better at keeping an eye on you than you are on them, so let's not get into a power struggle with a vastly rich near-monopoly with who knows what capabilities.

Now, there's a new example of Google rigging prompts. Last September, I published a column in Taki's Magazine called "Google Gaydar" demonstrating my new quantitative methodology for measuring what Washington Monthly editor Charles Peter dubbed "the Undernews." Just go to Google.com and type in a celebrity's name, then see how far down in the prompts it takes for "gay" to show up. If it's not one of the first ten, add a "g" and see how many prompts it then takes.

For example, Sir John Gielgud scored a 100 on Google Gaydar (i.e., "John Gielgud gay" was the first prompt, suggesting it was the number one search item about the great actor) and Walter Matthau a zero.

This opened up a new method for the social sciences to quantitatively study rumors, hunches, stereotypes, misinformation and the like.

But, since my article's publication, Google has methodically abolished most of this capability. If you search on the late John Gielgud (1904-2000) now, Google will absolutely not offer the prompt "John Gielgud gay." Only until you type in "John Gielgud ga" does it return "was John Gielgud gay," which appears to be a rare search phrase that slipped by Google unanticipated. In contrast, "John Gielgud h" will bring up "John Gielgud homosexual," but you aren't supposed to use "homosexual" anymore, so few do.

Now, I can certainly understand the viewpoint that the public's interest in the sexual orientation of the greatest Hamlet of the interwar stage is vulgar. But Google has hardly made it a policy to combat public vulgarity. And it's hardly an invasion of the privacy of this high culture figure, now dead for 13 years, whose personal traits are of historical interest.

Google has put a fair amount of effort into their recent campaign to neuter Google Gaydar, as can be seen from the fact that Google Gaydar is not broken for out-of-the-closet gay actors, such as Neil Patrick Harris and Zachary Quinto, both of whom still score 100 on my system. In other words, Google looked up out actors and didn't turn off Google Gaydar for them, or vice-versa.

Now, Google is a private company that has invested a lot of money into achieving something approaching a monopoly. They have, as far as I know, the legal right to manipulate their offerings as they wish.