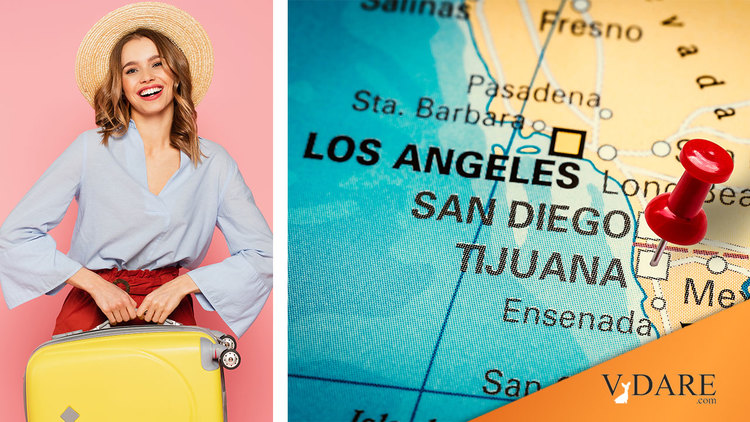 Earlier: Is Mexican Mediocrity A Defense Against A Mass Influx Of Gringo Retirees? San Diego is increasingly utopian, but of course rent there has become absurdly expensive. So, here’s a trend article in the New York Times news section on Americans gentrifying Tijuana right over the border.

How the Path to Homeownership Runs Through Mexico

San Diego residents are moving to Tijuana to get more for their money. Some hope to save for down payments on houses that are way out of reach north of the border.

TIJUANA — … Stories of migrants crossing from Mexico to the United States in search of a better life are well-known. But for the past decade, a reverse migration has quietly been gaining steam: Americans, priced out of the housing market and frustrated with sky-high costs of health care, electricity and basic goods, are increasingly opting to rent or buy homes in Mexico.

The pandemic, which unmoored millions from the commute to a physical office, as well as the Sentri pass, which allows approved, low-risk travelers a fast lane into the United States at the Mexican border, has accelerated this trend. Consumer prices, including rent, are 62 percent lower in Tijuana than in San Diego, according to cost of living database Numbeo, and in Tijuana, it takes about $2,500 a month for a standard of living that in San Diego would cost $6,600.

While San Diego may have the lowest murder rate in America of any semi-real big city with a downtown, Tijuana is said to have had the highest murder rate in the world in 2019. Juarez across the Rio Grande from peaceable El Paso was second.

I’ve long had this vague hunch that one reason Mexico, one of the world’s finest pieces of terrain, with huge coastlines and just about the right amount of altitude in between to keep the climate mild, remains so shoddy is because Mexicans figure that if they ever got their act together, they’d get flooded by gringos.