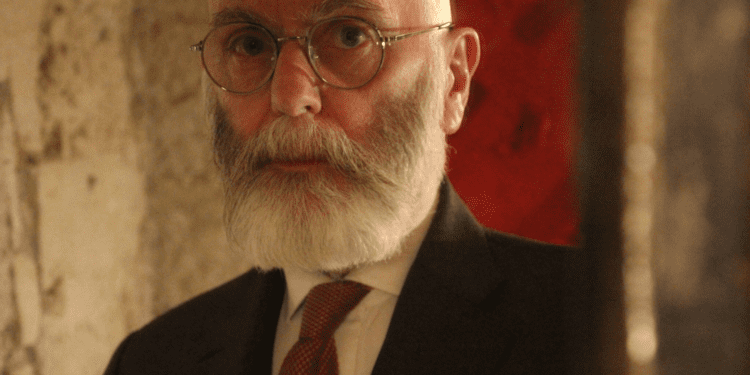 File this one under "There is no Free World."

Renaud Camus, the French intellectual who coined the term The Great Replacement for the ongoing invasion of the Continent, is facing jail unless he pays money to anti-European organizations.

French intellectual Renaud Camus has been given a 2 month suspended prison sentence for saying that mass immigration into Europe represents an “invasion.”

Camus will only avoid jail by paying 1800 euros to two “anti-racist” organizations, SOS Racisme and the LICRA (International League against Racism and Anti-Semitism).

The writer, who is the author of Le Grand Remplacement (The Great Replacement), was charged with “public incitement to hate or violence on the basis of origin, ethnicity, nationality, race or religion.”

The conviction stems from a November 2017 speech in Colombey-les-deux Eglises to the National Council of European Resistance in which Camus declared, “Immigration has become an invasion.”

“The irreversible colonization is demographic colonization, by the replacement of the population,” said the author, adding, “The ethnic substitution, the great replacement, is the most important event in the history of our nation since it has existed; as with other people, if the story continues, it will not be that of France.”

Camus is not the first to be imprisoned nor the last for "crimes" of speech and writing. The regime has repeatedly persecuted iconic French acctress, Brigitte Bardot for defending animal rights, which she feels the Islamic influx endangers.

Though the corporate media is not reporting it, the Yellow Vest movement is still active in France. President Macron intends to cut pensions, and this has led to a whole new round of strikes and protests. It is only being suppressed with brutal repression.

French police have fired tear gas at protesters hurling projectiles and arrested dozens of people as thousands of "yellow vest" anti-government protesters returned to the streets of Paris.

Demonstrators on Saturday shouted slogans denouncing the police, President Emmanuel Macron and his pension reforms that have triggered the longest French transport strike in decades, which has snarled public transportation for millions of commuters in the French capital for 45 days.

With sirens wailing, dozens of vans carrying riot police fanned out the route along which thousands of protesters marched.

Young people wearing masks shouted "revolution" as tear gas drifted by the Bastille, the square where the French revolution erupted in 1789.

If scenes like this were playing out in Russia, American journos would be screaming for regime change.

We still have the First Amendment in this country so let us say it plainly. Mass immigration is an invasion. It's intended as an invasion. Its consequences are indistinguishable from that of military conquest and foreign occupation. France, and the rest of the West, is being destroyed and it is being done on purpose.

The fact that the current French regime is reliant on force and repression means that it has no legitimacy. It's simply a collaborationist government.