For MSM, 9/11 Is about Anti-Muslim Backlash and Islamic Victimhood

"Backlash" against immigrants is a favorite topic of the liberal media to advance its agenda of bashing America and squashing any resistance to multiculturalism through intimidation and propaganda. When a Korean college student mass-murdered dozens at Virginia Tech, reporters quickly searched out Korean immigrants to uncover incidents of violence of angry Americans against Koreans in retaliation. Nada. There were none.

(See my various blogs about "backlash".)

In fact, there are so few "backlash" crimes that the media has been forced to report on the "fear" of backlash, as if that were a valid subject for journalists.

Hey, I have a fear that hostile Muslim immigrants will set off a nuke in my city. Anyone over at the Associated Press interested in my deeply felt feelings? No? 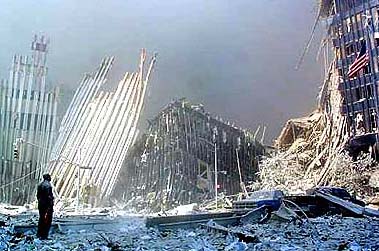 We are now observing the eighth anniversary of the 9/11 terrorist attacks by jihadist Muslims who killed 3,000 people. Loyal Americans use the occasion to reflect on the loss of life and the stubborn enemy we still face. But in AP offices, busy adherants of diversity cooked up a formulaic, emotional propaganda piece about fearful Muslims cowering in their houses because of the "backlash" from mean-spirited Americans: US Muslims: backlash fear builds each 9/11 [AP, September 10 2009]

"There is the dread of leaving the house that morning. People might stare, or worse, yell insults."

Eight years after 9/11, many U.S. Muslims still struggle through the anniversary of the attacks. Yes, the sting has lessened. For the younger generation of Muslims, the tragedy can even seem like a distant memory. "Time marches on," said Souha Azmeh Al-Samkari, a 22-year-old student at the University of Dayton in Ohio.

Yet, many American Muslims say Sept. 11 will never be routine, no matter how many anniversaries have passed.

"I get a sick feeling in the pit of my stomach every year," said Nancy Rokayak of Charlotte, N.C., who covers her hair in public. "I feel on 9/11 others look at me and blame me for the events that took place."

The Muslims interviewed are highly self-absorbed and not interested in the daily carnage racked up by their fellow religionists in the name of Islam. They would rather play the victim, despite their extreme inappropriateness for that role.

Muslim writer Shaila Abdullah mouths the message that the press promotes: "Muslims are a victim of the 9/11 tragedy as much as anyone else because our religion was hijacked that day." [Austin author attempts to convey essence of Islam, post 9/11]

What a disgusting comment from an immigrant living a safe middle-class life in America. She is typical in that she wants all the benefits of this country and none of the responsibility for the flavor of diversity she espouses. The Koran and other Muslim books have plenty of admonitions to slaughter the infidel, which Muslims acted upon during 9/11. But she wants her religion to be regarded as the "religion of peace" — which it most certainly is not. The website TheReligionOfPeace.com has kept a detailed list and running count of Islamic terror attacks since 9/11 — now reaching over 14,000.

Forget Muslims' bogus complaints; a 2006 FBI survey of crimes against ethic groups found that Muslims were underrepresented as victims, contrary to the propaganda. An Investors Business Daily piece summed up the findings in Hyping Hate Crime Vs. Muslims:

"In 2006, a whopping 66% of religiously motivated attacks were on Jews, while just 11% targeted Muslims, even though the Jewish and Muslim populations are similar in size. Catholics and Protestants, who together account for 9% of victims, are subject to almost as much abuse as Muslims in this country.

The FBI report gives lie to CAIR's alarmist narrative of "Islamophobic" lynch mobs marching on mosques across America. In reality, Americans have been remarkably, and admirably, tolerant and respectful of Muslims and their institutions since 9/11."

Unsurprisingly, there's little MSM reporting about Jews' reasonable fears about Muslim attacks on synagogues, even though there's a lot of that going around. (One exception was the recent NY Post item about a kick-ass Second Amendment rabbi: Go ahead, make my high holiday.)

The dinosaur MSM is stuck on Muslims as victims and does not care that many of them despise western civilization and won't be happy until we are either dead or brainwashed into their religiously tinged fascism. 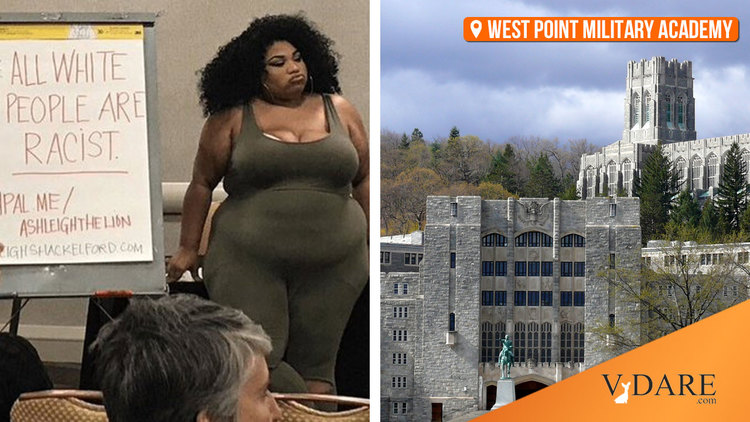