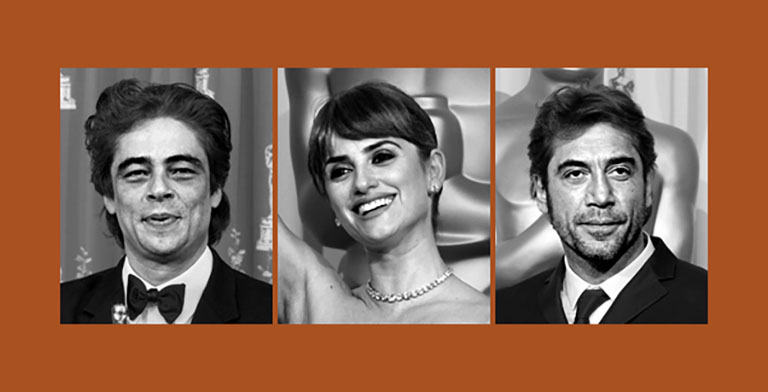 Penelope is a peninsular from the Madrid region, while her husband Javier is a third generation movie star and an isleño from the Canary Islands.

Benicio is the son of a Puerto Rican lawyer and went to a prep boarding school in Pennsylvania, so I guess that qualifies him as a Hispanic.

By the way, these three rank very high on my list of favorite actors.

As I pointed out way back in 2012 in Taki’s Magazine, the last actual Mexican-American actor to get an Oscar nomination was Edward James Olmos in Stand and Deliver in the 1980s.

One straightforward solution is to recognize that Hollywood’s current go-to Mexican-American actor Michael Peña is quite good and give him an Oscar nomination one of these years. Just because he is a funny guy doesn’t mean he isn’t talented at what he does.