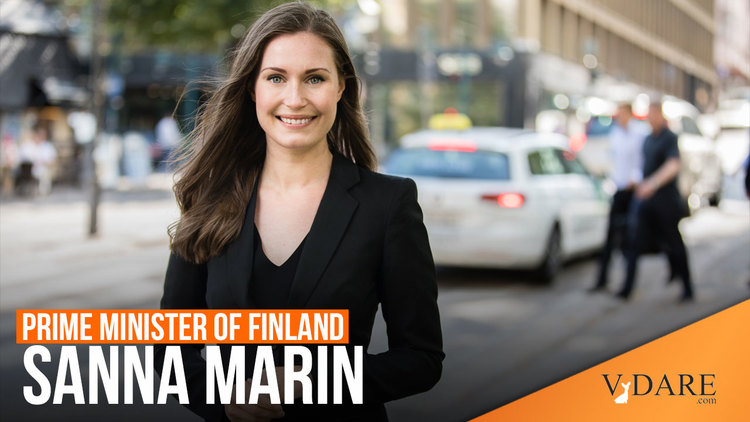 Yes they do, even girls who are the Prime Ministers of quite large European countries. That would be Sanna Marin, Prime Minister of Finland, 36 years old, trim and pretty.

Madam Prime Minister was doing some wild partying at a Helsinki nightclub on Saturday, August 6th. Some video just escaped showing her having a very good time indeed: clearly well pickled, she was singing along with Black Eyed Peas, throwing her arms in the air, and dancing close and personal with three unknown men, none of them the one she is currently married to.

Ms. Marin has been defending herself sturdily and denying any illicit substances were involved. Quote:

We just partied, also in a boisterous way. I danced and sang. I’ve danced, sung and partied and done perfectly legal things.

Just be sure to tell me when the sauna pictures come out.