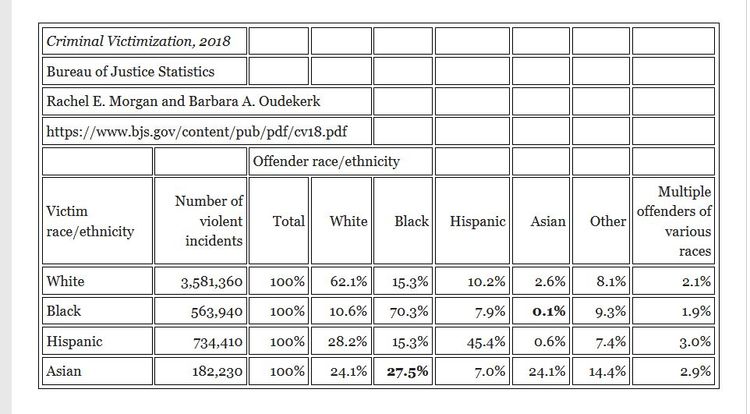 As well as collecting crime statistics from local law enforcement agencies, the federal government’s National Crime Victimization Survey annually interviews 160,000 individuals about their experience, if any, with being the victim of a crime over the last year.

One of the more astonishing results in recent years has been that in 2018, black victims of “violent incidents” reported in the survey that less than 0.1% of their victimizers were Asian. In contrast, Asian victims of violent incidents reported that 27.5% of their victimizers were black, for a black-Asian interracial violence ratio of over 275 to one.

From the Bureau of Justice Statistics’ publication Criminal Victimization, 2018: 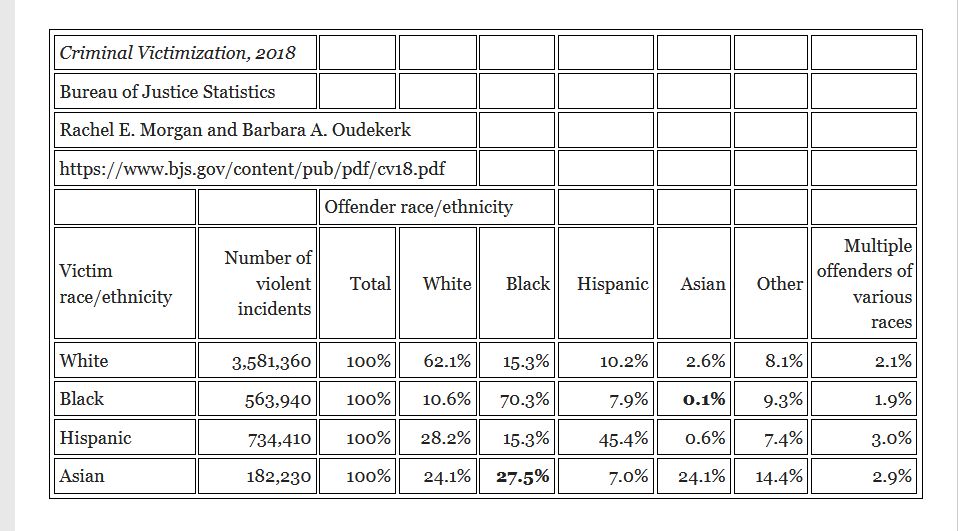 Note that the BJS warned that the cell showing that less than 0.1% of victimizers of blacks were reported by blacks to be Asian:

! Interpret with caution. Estimate is based on 10 or fewer sample cases, or coefficient of variation is greater than 50%.

If you don’t believe me, here’s the screenshot:

For the next report, last month’s Criminal Victimization, 2019, the feds solved their small sample size / embarrassing results problem by simply dropping Asians from the left-handed column of victims:

What you don’t know, can’t hurt you. Well, actually, ignorance can hurt you when we are talking about your likelihood of violent victimization. But that’s not the point, the point is that the highest priority of the federal government must be to make Ibram X. Kendi’s career smoother for him by suppressing all inconvenient knowledge.