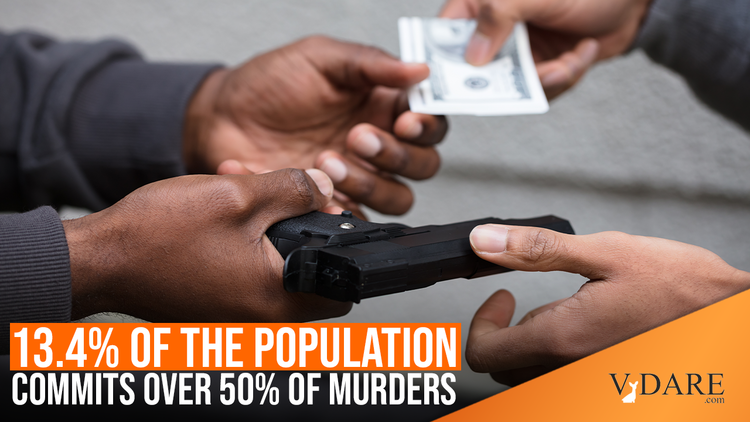 The FBI has released its national crime stats for 2019. Murder was down 0.2%. 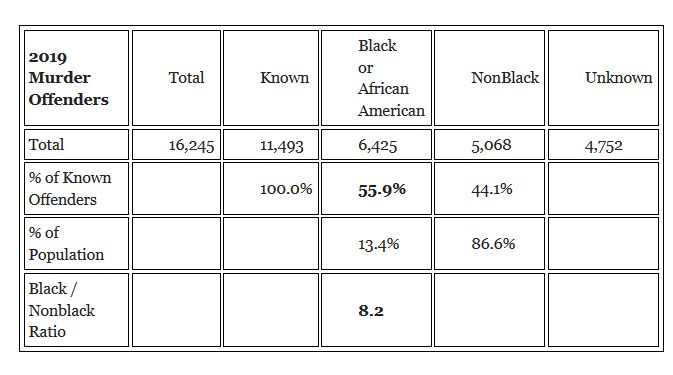 That means blacks were 8.2 times per capita as likely as a nonblack to be a known murder offender in 2019. (Due to continuing problems with how government agencies collect crime statistics, I’ve given up on figuring out rates for normal categories like non-Hispanic whites. But the big story with murders is blacks, so blacks vs. non-blacks will do.)

In the Black Lives Matter era, murder is becoming a black problem as it slowly fades out for the rest of the populace.

My opinion is that this incredible disparity in murder rates offers us a clue to the question wracking America in 2020: why do the police hassle black men so much?

But nobody else ever mentions that blacks, at 13.4% of the population, make up now well over 50% of murder offenders. (In contrast, blacks wind up between 1/4th and 1/3rd of police killings.) So I guess the answer must be invisible Systemic Racism or something.

If you don’t believe my calculations, here’s a screenshot: