Fallon Fox's Right to Beat Up Women for Money Is, for Some Democrat Intellectuals, the Most Sacred Issue

Back in the spring of 2013, while reading a massive New York Times article about how deplorable it was that an ex-man martial arts bruiser named Fallon Fox wasn’t being allowed to beat up women for money, it dawned on me that this was The Establishment’s next crusade, the one they had lined up for after gay marriage.

And, indeed, Fallon Fox’s right to slug women in the face for cash has ascended into the moral stratosphere. From Vox:

… He has a particular distaste for the trans rights movement. In a 2017 JRE episode with Shapiro, he describes his radicalization on the issue as stemming from anger at Fallon Fox, a trans woman who competed in women’s MMA fights:

“I didn’t have a dog in this fight. I was completely open and liberal about it — until there was a case where a man who had been a man for 30 years became a woman for a little less than two years and then started MMA fighting women. Beating the fuck out of these women, and then not proclaiming that he or she used to be a man … if you ever watch the fights, she wasn’t winning because she was skillful. She was fucking manhandling these women, it was ugly.”

This very short paragraph contains all the classic tropes of transphobia: a denial of the authenticity of trans people’s identity, an insinuation that they’re a threat to cis folks, and a claim that they’re using their gender identity to somehow get ahead in life. It is, to quote Rogan, ugly, and one of many such examples when it comes to trans issues.

The Joe Rogan controversy revealed something important about the American left
On Joe Rogan, Bernie Sanders, and the hidden moral philosophy of American politics.

But Rogan’s popularity is owed in part for his vocal rejection of “political correctness,” which can take the form of transphobia (he once called trans woman mixed martial artist Fallon Fox “a fucking man”),…

But I think the debate has also been profoundly revealing about a divide within left-of-center American political discourse, a divide that maps closely but not perfectly with the divide between socialist-identified, Bernie-supporting leftists on the one hand and more traditional liberal Democrats on the other. The divide concerns the latent moral theories that each side uses, and in particular whether they think political disagreements regarding discrimination and bigotry can be understood using the same moral language as disagreements about, say, tax policy or foreign affairs.

Most liberals have what I would characterize as a deontological opposition to discrimination. That is, they think that discriminating against or maligning someone on the basis of membership in a protected class — women, trans people, black people, and other racially oppressed communities, etc. — violates a rule that should be inviolable.

And how does a “protected class” not ultimately turn into a “privileged caste” when their right not to be criticized is “inviolable”?

In this view, such discrimination (be it legal, or expressed through hate speech, etc.) is not just wrong because it has bad effects, or because it harms members of the groups in question; it’s wrong because we have a duty to treat humans as equals, and it is never acceptable to violate that duty, even when doing so seems politically expedient.

This mode of moral argumentation came through in the Rogan controversy when Sanders and Rogan’s critics took pains to stress that accepting a Rogan endorsement was not merely unwise but immoral, and that these two judgments were distinct. Accepting the endorsement was not wrong because it hurt more people (by amplifying bigoted speech against vulnerable people) than it helped (by increasing the odds that a pro-trans Sanders administration comes to power); it was wrong because it is wrong to coddle and amplify bigots, full stop.

It is funny how Fallon Fox’s right to punch women for money is, for many Democrats, the Ultimate Issue.

Except is isn’t really funny in reality. From Knuckle Junkies:

In the co-main event, Fallon Fox and Tamikka Brents engaged quickly with Fox unleashing a brutal barrage of knees from the clench opening a nasty cut on the forehead of her opponent. Brents had no choice but to pull guard, and worked from an open guard before Fox passed and would eventually take the back. That is where Fox rained down punches and put the on the hurt Brents, who was unable to answer or improve her position and forced a stoppage to the fight.

And now also from Vox, a voice of moderation:

The drama obscures the fact that Rogan’s support is evidence for the theory of the Sanders campaign, which is that he can pull in unconventional voters — a goal that all liberal activists should share but too often do not. … His backing is valuable in part because he has such a large audience. But it’s also valuable because he’s a controversial figure who doesn’t hold progressive opinions on some issues.

But what would happen if Yglesias came right out and said out loud in a Vox staff meeting that he agrees with Joe Rogan that ex-man Fallon Fox should not be allowed to beat up real women for money? 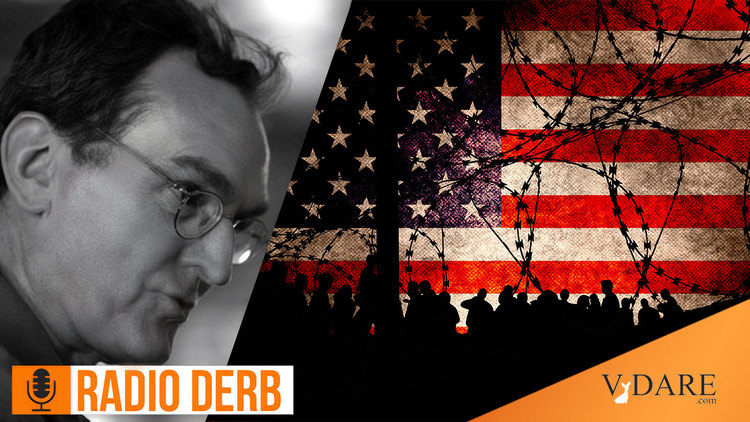