Earth To AFL-CIO’s Trumka—It’s Not 1917 Anymore 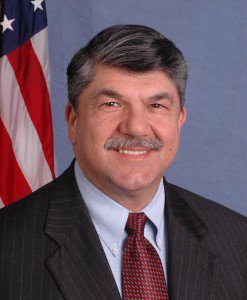 Despite spending millions to help Democrats, the recent elections left American unions in serious danger of complete extinction! A number of anti-union governors were re-elected. And Obama has never really lifted a serious finger to help save the imperiled Labor Movement.

Note, however, that Obama now risks everything to help millions of poor non-citizens take jobs and social service dollars with an executive order.

Could this recent speech by AFL-CIO President Richard Trumka help explain why unions are in this crisis? In St. Louis Missouri on Sept 15, 2014, Trumka opined:

“We must take responsibility for the past. Racism is part of our inheritance as Americans. Every city, every state and every region of this country has its own deep history with racism. And so does the labor movement. Here is St. Louis, in 1917, powerful corporations replaced white strikers with African American workers…. In response the St. Louis labor movement helped lead a blood bath against the African American community in East St. Louis.”[AFL-CIO Website Text of Speech—the incident Trumka is referring to is known as the East St. Louis Race Riot]

Obviously horrendous, but why bring up ancient history when the Labor Movement is in its death throes today, in a radically different America than 1917? By the numbers, white Americans are much more likely to be the victims of minority violence today than vice versa. But Trumka continues later in the speech,

“When a new immigrant gets mistreated by management because they don’t speak the language, that is our fight…. Black and white, immigrant and native born, gay and straight. Where your picket line is my picket line.”

So the dying Labor Movement should continue trying to save the whole world? —How’s that been working for you?