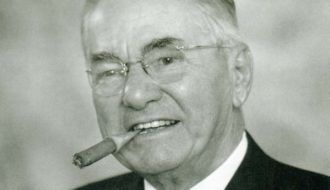 A Volokh.com post on affirmative action reminds us that

It’s also worth noting that many Hispanics are solely or primarily of European heritage, and about 50% identify themselves as “white” on census bureau forms. UT’s approach, in common with how preferences work in general,  is that a state university can and should favor white descendants of Spanish conquistadors or Italian immigrants to Argentina or Jewish Mexicans of Eastern European descent, solely because the former have Spanish-speaking ancestors.  (Indeed, the “diversity” rationale for affirmative action seems to demand such a policy. In Grutter, the district court found that Michigan L aw School gave preferences only Mexican American and mainland Puerto Ricans, but Michigan vigorously denied this, assumedly because it conflicted with the diversity rationale and suggested an illicit social justice rationale for its policies. Grutter’s attorneys didn’t pursue this point.)

That gives me a chance to update Steve Sailer's "Diversity Before Diversity" series with a forgotten 20th century Hispanic politician who was also a white supremacist: Judge Leander Perez.

Leander Perez was the political boss of Plaquemines Parish, which is outside New Orleans, from about 1919 through to the 50s and 60s.  He was called Judge Perez, but at various times was District judge, district attorney, and president of the Plaquemines Parish Commission Council.

While we are forced to explain from time to time that something or other doesn't qualify as white supremacy, in Leander Perez's case, he was a white supremacist. (Trust me on this.)

He was also a Roman Catholic, although when the Archbishop of New Orleans excommunicated him, he threatened to start his own church, calling it the "Perezbyterians."

The point here is that Judge Perez was a traditional Southern white guy, with a Hispanic last name. How can this be?

Easy, his ancestors were white Spaniards. They came to the US from Spain, not Mexico. More specifically, they came from the Canary Islands, in the eighteenth century, and are known in Louisiana as Isleños, or Isleño-Americans.

And people in Spain are white. See the picture of Marco Rubio here, or the picture of Ted Cruz, a Cuban-American touted as the "next great conservative hope" on the cover of National Review.

If Judge Perez were alive, the RNC would be calling him a Hispanic Republican, and trying to use him to appeal to the Hispanic Vote. And it wouldn't work any better than it does with Cruz and Rubio.