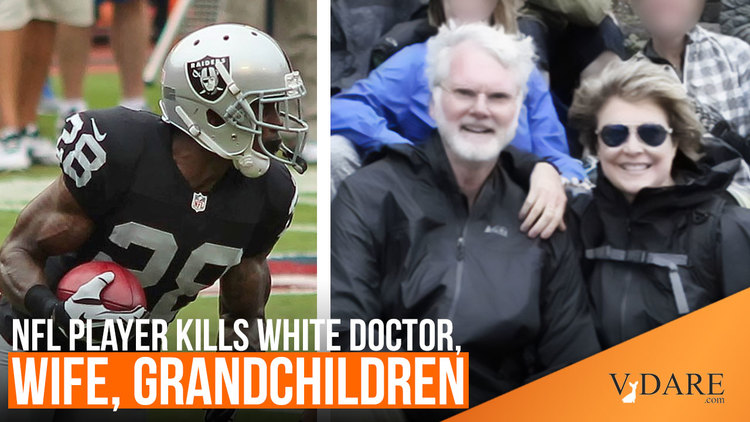 A black ex-NFL player killed a white doctor, his white wife, and two of their grandchildren, ages 5 and 9, and one other man, unknown race.

Dr. Robert Lesslie, 70, and his wife, Barbara Lesslie, 69, were pronounced dead at the scene along with grandchildren Adah Lesslie, 9, and Noah Lesslie, 5, the York County coroner's office said. 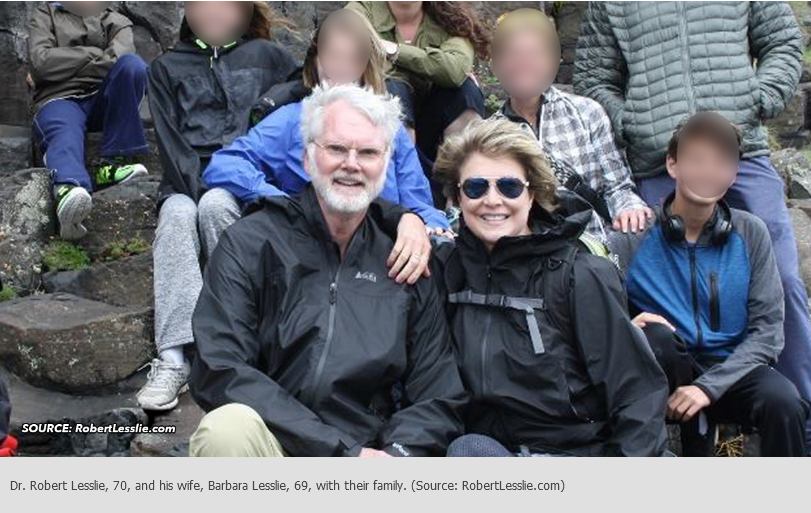 Of course AP isn't presenting this as a racial story.

COLUMBIA, S.C. (AP) — The [black] gunman who killed five people including a prominent [white] doctor in South Carolina was former NFL player Phillip Adams, who killed himself early Thursday, according to a source who was briefed on the investigation.

The source, who spoke on condition of anonymity because he wasn’t authorized to speak publicly, said Adams’ parents live near the doctor’s home in Rock Hill, and that he had been treated by the doctor. The source said Adams killed himself after midnight with a .45-caliber weapon.

The York County Sheriff’s Office said they had searched for hours before finding the suspect in a nearby home. [More]

Obviously there are two things that would make a patient angry with his doctor:

These are not usually strong enough motives for murder, but suppose the killer was someone who'd been brought up to believe that white people who thwarted you were racist? Well then, if you were a murderous type of person, you would be more likely to do this.

I've referred to this kind of shooting as a "Disgruntled Minority Massacre"—where a minority group member decides his problems are caused by racism, and shoots his coworkers and/or employers.

See What Does VDARE.com Mean By A “Disgruntled Minority Massacre”?  and Alton Nolen Not A Muslim Terrorist, But An American Phenomenon—116 People, Mostly Whites, Have Been Killed By 18 Black “Disgruntled Employees” In The Last 40 Years.

In cases like this, the MSM often takes the killers at their word, and suggests that the victims may have been racist, see: