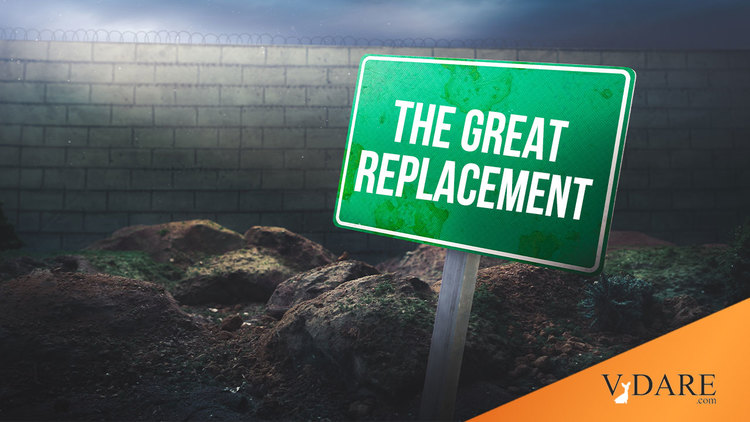 Long before lifting the application of Title 42 to deport illegal aliens, the Biden Regime planned for it and created a detailed plan to flood the country with illegals under the guise of preparing for “irregular migration,” Breitbart’s Neil Munro reports [Mayorkas’ Leaked Title 42 Plan: Ensure Migrants Get ‘Any’ Way to Stay, April 4, 2022].
Leaked to Breitbart and published by the Department of Homeland Security in February, the Southwest Border Mass Irregular Migration Contingency Plan envisions permitting illegals to claim any excuse to stay in the country. Indeed, permitting illegals to make up tall tales to duck removal is part of the blueprint’s mission statement:

When directed by the Secretary of Homeland Security, the Department of Homeland Security (DHS), in conjunction with international and homeland security enterprise mission partners, will take action to humanely prevent and respond to surges in irregular migration across the U.S. SWB Security and Irregular Migration Zone (SWBIMZ). This will be done while ensuring that migrants can apply for any form of relief or protection for which they may be eligible, including asylum, withholding of removal, and protection from removal under the regulations implementing United States obligations under the Convention Against Torture [emphasis added].

DHS conceived the 115-page plan in September, when DHS chieftain Alejandro Mayorkas dispersed 12,000 Haitians who showed up at the border.

Again, the plan foresaw “the eventual rescission of Title 42 public health order and associated expulsion authority for all populations. An action that will likely cause a surge in irregular immigration and have a direct impact to short-term holding and processing capacity along the SWB.”

Thus, on May 23, Let’s Go Brandon will lift the application of Title 42, the law that permits the removal of illegals for health reasons. Trump implemented the law because of the Flu Manchu. As VDARE reported last week, DHS anticipates that border agents could handle as many as 18,000 illegals per day once Title 42 is gone.

As for deportations, it appears they will end almost entirely, given two more items in the Treason Proposal:

Removal and repatriation operations are contingent on the degree to which foreign governments accept back their nationals who have received final orders of removal. …

Current pathways to removal will be limited. Component use of broadscale release mechanisms (i.e., Own Recognizance (OR) with issuance of a Notice to Appear (NTA), or parole and Alternatives to Detention (ATD) with administrative tools are necessary to ensure humane and efficient treatment of migrants.

Translation: No more deportations even if a country will take back its penniless “migrants” because deportations will be “limited.” Seeing this, what Third World despot will agree to repatriate people he’s glad to see gone?

As for those illegals claiming asylum, they needn’t show up in person to make their case because immigration authorities will “conduct telephonic credible fear and reasonable fear screenings” for illegals who claim they can’t return home.

But remember, The Great Replacement is just a “white nationalist conspiracy theory!”