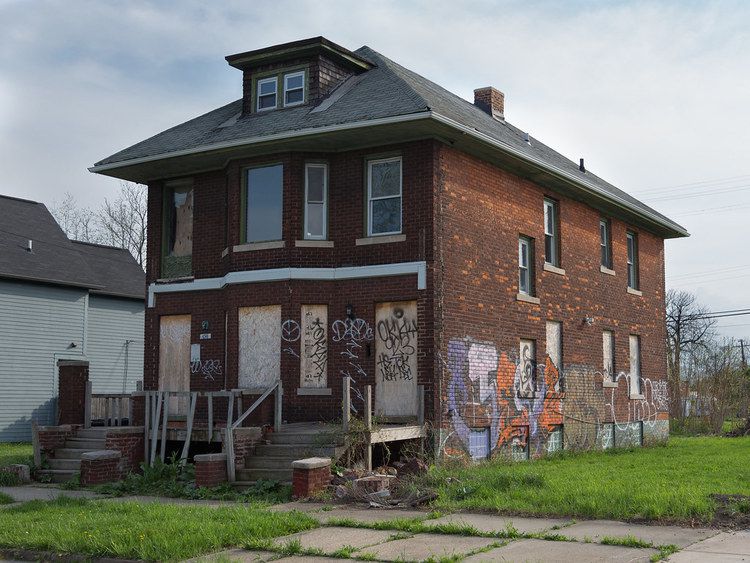 Between 1956 and 1964, most European-ruled African territories became independent countries. With a speed which astonished many observers, they promptly collapsed into chaos and dysfunction and remain there today.

Most VDARE.com readers appreciate the reason for this entirely predictable development. (Because White rule lasted another 40 years, in Southern Africa the process is still underway.)

Unfortunately, hidden by the MSM, exactly the same thing is happening in a number of historic American cities, where the transition to Black rule was more recent. Exhibit A is Detroit.

Paul Kersey’s book Escape from Detroit: The Collapse of America's Black Metropolis (which of course he had to self-publish) is a luminous discussion of the utter destruction of what was less than a century ago one of the wealthiest and newest major world cities.

I understand there is a VDARE.com review coming (VDARE.com addendum: see here) but I want to draw to the attention of our friends a truly brilliant essay by Hunter Wallace on his Occidental Dissent site: Review: Escape From Detroit May 18 2012

The real significance of this book is the vocabulary and the theoretical context that Paul Kersey has created to describe the process by which the “Paris of the West” was inexorably transformed into the “Mogadishu of the West.”

Most Americans realize (but never say) that living amongst Blacks is problematic.  They have not yet grasped what is involved in being ruled by Blacks.

Detroit is the start of a procession.