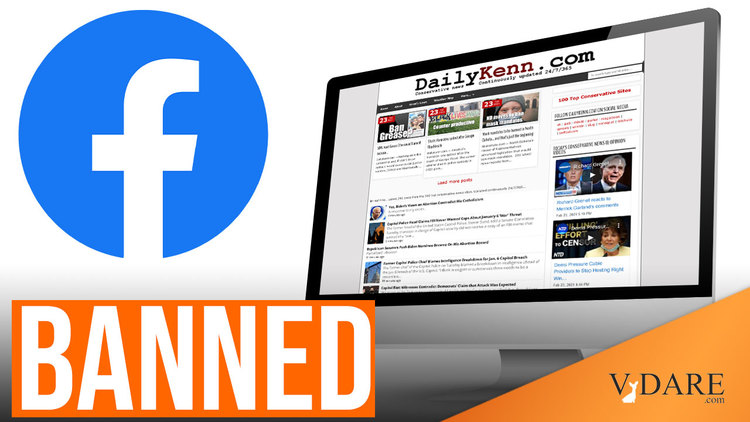 Deplatforming Dailykenn.com By Association With VDARE.com

Dailykenn.com had over 14 million views at the time it was banned and blocked.

So, we started anew. Up-to-the-minute conservative news can still be found at dailykenn.com while abatehate.com reports on race-related violence.