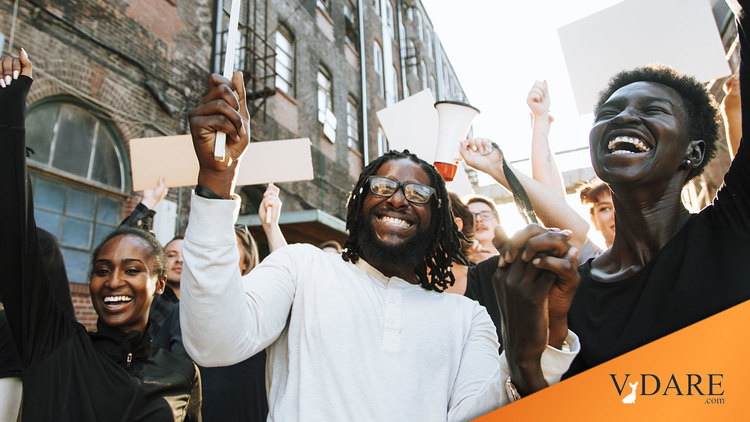 Rabbi Jonathan Sacks once observed that being a minority in 19th-century Europe was like living in someone else’s country home. The aristocrat owned the house. Other people got to stay there but as guests. They did not get to set the rules, run the institutions or dominate the culture.

Something similar can be said of America in the 1950s. But over the ensuing decades, the Protestant establishment crumbled and America became more marvelously diverse. …

It might be most accurate to say that America is now a place of jostling minorities. The crucial questions become: How do people think about their minority group identity and how do they regard the relationships between minorities?

Historically, to riff on another Sacks observation, there have been at least four different minority mind-sets:

Third, combat. People who take this approach see life as essentially a struggle between oppressor and oppressed groups. Bigotry is so baked in that there’s no realistic hope of integration. The battle must be fought against the groups that despise us and whose values are alien to us. In fact, this battle gives life purpose.

Our politics is so nasty now because many people find the third mind-set most compelling. Americans are a deeply religious people, especially when they think they are not being religious. And these days what I would call the religion of minoritarianism has seized many hearts. This is the belief that history is inevitably the heroic struggle by minorities to free themselves from the yoke of majority domination. It is the belief that sin resides in the social structures imposed by majorities and that virtue and the true consciousness reside with the oppressed groups.

At a recent Faith Angle Forum in France, the British political scientist Matthew Goodwin defined wokeness as a belief system organized around “the sacralization of racial, gender and sexual minorities.” I’d add that right-wing populism is organized around the sacralization of the white working class and the belief that left-wing minority groups have now become the dominant oppressive majority.

But another reason is because Democrats believe they have discovered the one true political ideal: minoritarianism. After dallying with the majoritarianism of Jefferson, Jackson, Wilson, and FDR, the Democrats have come to believe that rather than be concerned with the interests of the majority, politicians should only look out for minorities, the smaller the better.