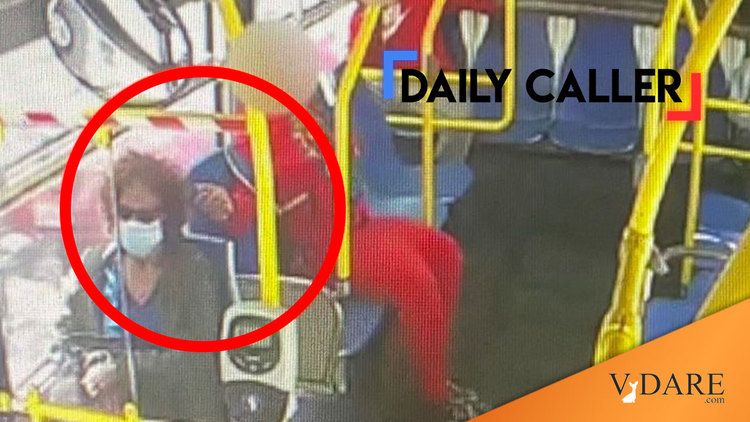 DAILY CALLER Misses The Point Again. Another Day, Another Video

The Daily Caller must have an ignoring-the-obvious beat. Usually, David Hookstead, who covers public brawls for the website, ignores the obvious.

Her story includes a video of the man who set the woman's hair on fire.

Silverio called him a "male teenager," in her account, and doesn't get around to identifying him as black until she directly quotes the cops.

Silverio observed that the "the department called on citizens to notify them if they recognize the suspect."

Please visit the attached link to read the full synopsis regarding this incident➡️https://t.co/sy8gO16pOw pic.twitter.com/LVXMa8r4rt

But Silverio missed the obvious. Citizens can't recognize the suspect from the video. His face is covered with a spot. Nowhere did Silverio mention that glaring fact.

So we've now gone from news stories with faceless victims and suspects to the police videos that block the face of suspect they need to identify.

That fact, not the month-old crime, is the story.