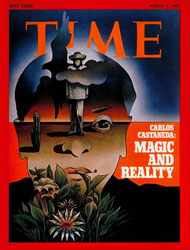 The death of meaningful U.S. immigration reform, done in by Washington partisanship and Republican presidential candidate Donald Trump’s incendiary comments on foreigners, is leaving crops withering in the field and the farm lobby with nowhere to turn as a labor shortage intensifies.

Carlos Castaneda watched one-quarter of his Napa cabbages rot in three California fields this spring as 37 immigrant laborers scheduled to arrive March 13 under a farmworker visa program were delayed by bureaucratic paperwork.

I first wrote about why Crop Rot Fever is an evergreen media assignment back in 2006.

Here are the worst unemployment rates in the U.S. at present, which seem to be largely farming areas in California that have imported generations of stoop labor:

In contrast, the lowest unemployment rate at the moment is in Ames, Iowa (2.0%), where a different agriculture productivity model prevailed.