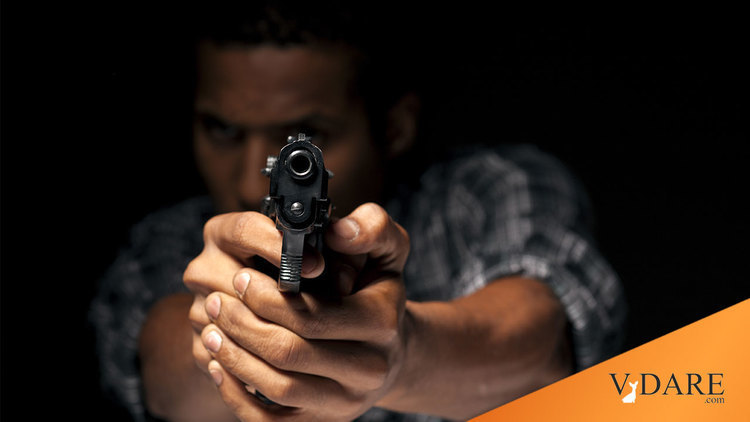 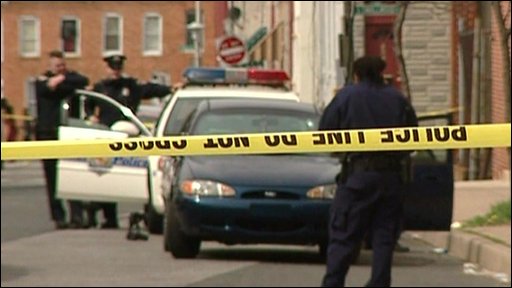 The increase in violence that has followed the death of Freddie Gray continued through the weekend, with four homicides reported since Saturday, according to Baltimore police.

Ten people were reported shot on Sunday alone, including three who were shot to death within a span of 39 minutes. The violence comes as the city prepares for the Preakness on Saturday at Pimlico Race Course.

At least 87 people have been killed in Baltimore this year, 22 more than at this time last year. Nonfatal shootings are up nearly 50 percent across the city.

[Wave of Baltimore shootings, killings continues, by Justin George and Justin Fenton, The Baltimore Sun, May 11, 2015]

What could be the reason?

As the number of shootings and homicides has surged in Baltimore, some police officers say they feel hesitant on the job under intense public scrutiny and in the wake of criminal charges against six officers in the Freddie Gray case...

In 29 years, I've gone through some bad times, but I've never seen it this bad," said Lt. Kenneth Butler, president of the Vanguard Justice Society, a group for black Baltimore police officers. Officers "feel as though the state's attorney will hang them out to dry."

Several officers said in interviews they are concerned crime could spike as officers are hesitant to do their jobs, and criminals sense opportunity. Butler, a shift commander in the Southern District, said his officers are expressing reluctance to go after crime.

"I'm hearing it from guys who were go-getters, who would go out here and get the guns and the bad guys and drugs. They're hands-off now," Butler said. "I've never seen so many dejected faces.

As Federale noted, policing is inherently a "hands-on" job, and if officers are "hands-off," criminals are let off the hook. It's true that blacks will be disproportionately ensnared in the criminal justice system because of their relatively higher crime rate. However, those who bear the impact of the rising crime and violence are also disproportionately black, who suffer at the hands of their fellow African-Americans.

Tough policing disproportionately hurts criminal blacks, but disproportionately helps blacks who don't want to be victims. And in the long term, a climate of public safety and respect for investment is necessary to create the economic growth needed to have functional communities. All too many black neighborhoods are "communities" in name only . In reality, they are low level war zones.

Do black lives matter? Only when they can be used to mobilize hatred against whites. When it comes to the daily grind of violence and hopelessness in the inner city, the Main Stream Media is indifferent.