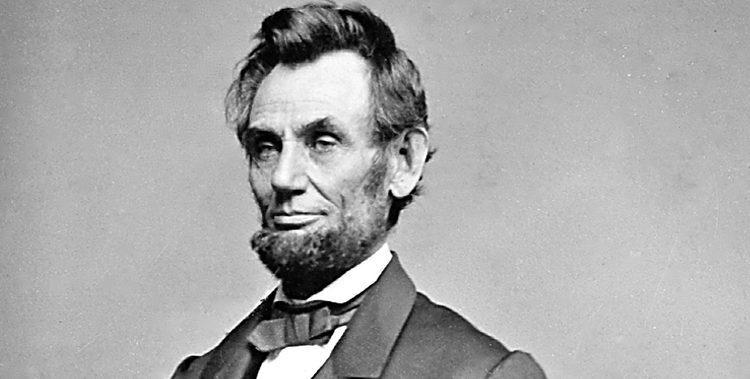 Could Lincoln Have Averted The Civil War?

My new column at Taki's today, the 150th Anniversary of the Fall of Vicksburg and Pickett's Charge at Gettysburg, offers a multipart theory on how Lincoln could have better managed the Secession crisis of 1860-1861. A glance at a map (see the post below), shows that the key was to keep Virginia, the northernmost state to secede, in the Union, just as Kentucky and all the other slave states at the same latitude as Virginia stayed in the Union.

One approach would have been to conciliate leading Virginians with offers of positions of responsibility in the Union, such as Lincoln's offer to Robert E. Lee — but proactively, not after Virginia had voted, somewhat narrowly, to secede.

Another part is Secretary of State William Seward's April 1, 1861 plan to galvanize patriotic pro-Union sentiment by creating a foreign policy crisis over Spain's and France's efforts to use the secession crisis to violate the Monroe Doctrine in the Dominican Republic and Mexico, respectively.

Would Seward's plan have worked externally? Would the Spanish and French have backed down without fighting a trans-Atlantic war?

Possibly. The Spanish cared far more about keeping Cuba than regaining fever-ridden Santo Domingo. They immediately abandoned the Caribbean island upon the end of the American Civil War in 1865. Similarly, in 1866 French emperor Napoleon III chose Franco-American amity and pulled the plug on his Mexican adventure.

Would Seward's plan have worked domestically?

The psychology was not hopeless. I think this is the closest analogous situation: in the United Kingdom in the summer of 1914, civil war loomed as Irish Protestant officers, the heart of the British military since the Duke of Wellington (just as Southern officers were the heart of the U.S. Army), resigned their commissions to return home to take up arms against the Liberal government offering Home Rule to Irish Catholics. Suddenly, however, the Great War flared up and the Irish Protestant officers instantly returned and fought with tremendous loyalty against Germany.

Of course, the cost in this particular case to the United Kingdom was immensely high. But there's a big difference between fighting a land war with Germany on the Western Front and blustering about the Monroe Doctrine to dissuade Spain and France from undertaking what proved for them to be ill-fated misadventures in the New World.

Here's the full text of William Seward's endlessly reviled April 1, 1861 memo to Lincoln, 12 days before the start of the Civil War:

SOME THOUGHTS FOR THE PRESIDENT'S CONSIDERATION

First. We are at the end of a month's administration, and yet without a policy either domestic or foreign.

Second. This, however, is not culpable, and it has even been unavoidable. The presence of the Senate, with the need to meet applications for patronage, have prevented attention to other and more grave matters.

Third. But further delay to adopt and prosecute our policies for both domestic and foreign affairs would not only bring scandal on the administration, but danger upon the country.

Fourth. To do this we must dismiss the applicants for office. But how? I suggest that we make the local appointments forthwith, leaving foreign or general ones for ulterior and occasional action.

Fifth. The policy at home. I am aware that my views are singular, and perhaps not sufficiently explained. My system is built upon this idea as a ruling one, namely, that we must

Change The Question Before The Public From One Upon Slavery, Or About Slavery, for a question upon UNION Or Disunion:

In other words, from what would be regarded as a party question, to one of patriotism or union.

The occupation or evacuation of Fort Sumter, although not in fact a slavery or a party question, is so regarded. Witness the temper manifested by the Republicans in the free states, and even by the Union men in the South.

I would therefore terminate it as a safe means for changing the issue. I deem it fortunate that the last administration created the necessity.

For the rest, I would simultaneously defend and reenforce all the ports in the gulf, and have the navy recalled from foreign stations to be prepared for a blockade. Put the island of Key West under martial law.

This will raise distinctly the question of union or disunion. I would maintain every fort and possession in the South.

I would demand explanations from Spain and France, categorically, at once.

I would seek explanations from Great Britain and Russia, and send agents into Canada, Mexico, and Central America to rouse a vigorous continental spirit of independence on this continent against European intervention.

And, if satisfactory explanations are not received from Spain and France,

Would convene Congress and declare war against them.

But whatever policy we adopt, there must be an energetic prosecution of it.

For this purpose it must be somebody's business to pursue and direct it incessantly.

Either the President must do it himself, and be all the while active in it, or

Devolve it on some member of his cabinet. Once adopted, debates on it must end, and all agree and abide.

It is not in my especial province;

But I neither seek to evade nor assume responsibility.