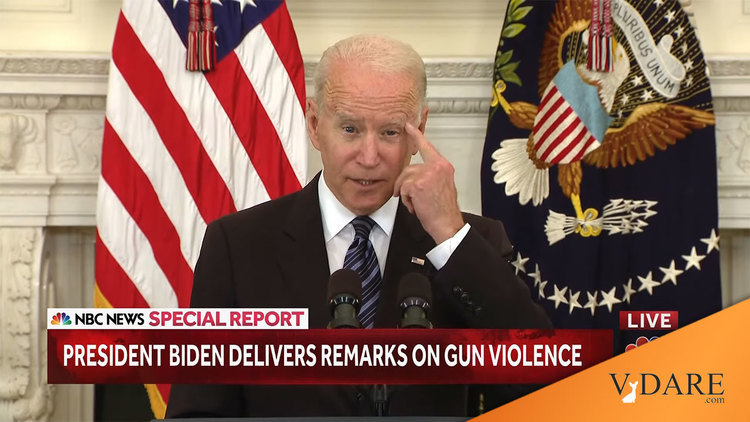 Sounds like Biden's Crime Control Plan to stop urban blacks from shooting each other with illegal handguns so much in the 13 months since the media declared "the racial reckoning" by hassling harder rural whites trying to legally buy rifles. https://t.co/j2Nr35NpF7

Also, somebody suggested some Constructive Cope that I could imagine Biden turning to if the Dems lose the House over crime in 2022: that the Systemic White Racism that causes blacks to shoot each other so much is manifested in black neighborhoods not having as many streetlights, security cameras, and Shotspotters as white neighborhoods.

I doubt if this is true: e.g., most of Chicago has such outstanding street lighting that you can see Chicago glowing from 200 miles away in a jetliner. But assuming money printer goes brrrrrrr economics is still working by then, it’s less ridiculous than the Racial Reckoning’s assumption that problem of black crime is that blacks get arrested too much so we should let them get away more.