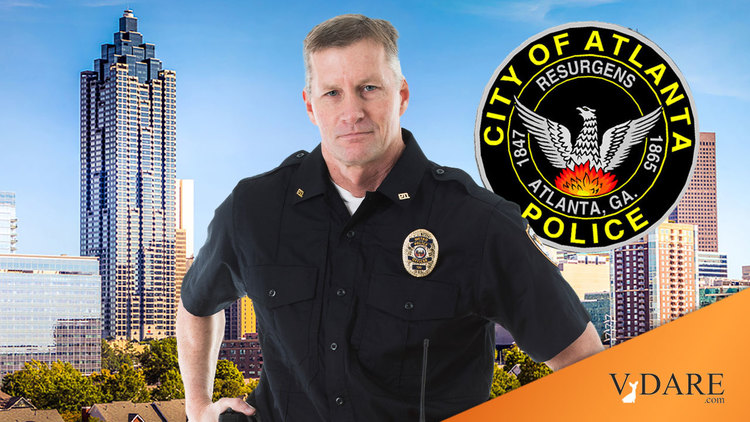 So it turns out defunding the police and placating Black Lives Matter terrorists doesn’t exactly keep black lives safe or private property values in the… black.

The shooting death of a 7-year-old girl has prompted an alliance between police, politicians and businesses who are ramping up calls to establish a private security force to supplement the Atlanta Police Department.

The $1.62 million plan will address crime in the Buckhead neighborhood of Atlanta.

City Council members Howard Shook, J.P. Matzigkeit and Matt Westmoreland plan to allocate $125,000 of their municipal funds to the Buckhead Security Plan, a proposal for a private police force in the business district.

Kennedie Maxie, 7, was struck by a stray bullet that passed through a car she was a passenger in on Dec. 21 after she had just finished Christmas shopping with her mother and aunt. Maxie was in critical condition before succumbing to her injuries on Saturday.

Maxie’s death was the 155th homicide this year in the city, compared to 99 in all of 2019. The homicide followed several other recent acts of violence, prompting a public outcry that city officials are not acting forcefully enough to rein in crime, according to the Atlanta Journal-Constitution.

The new plan calls for a wider net of security cameras and license plate readers in the popular commercial district, along with crackdowns on drag racing and “party houses.” Besides putting more private officers on the streets, it would re-examine existing policies and procedures for changes.

The force would operate as “a coordinated security patrol consisting of extra-duty officers from the Atlanta Police Department, the Fulton County Sheriff’s Office, the Georgia State Patrol, and private security firms, within the commercial and residential areas of Buckhead.”

The Buckhead Coalition and the Atlanta Police Foundation are asking for private donations for the measure.

Council members have rebuked the mayor in particular for her handling of the surge in crime.

“It will take a lot to turn this around. But here, in descending order, are the three things we need to begin: 1). Leadership; 2). Some leadership; 3). Any leadership,” Shook said in a statement after Maxie’s death.

“I don’t want to hear the word ‘uptick.’ Stop minimizing our concerns by telling us that ‘crime is up everywhere,’” reads Shook’s statement. Bottoms has used similar language when discussing crime in recent press conferences.

“Spare us from the lie that the steady outflow of our officers isn’t as bad as it is,” Shook’s statement continued. “And please, not another throw-away press conference utterly devoid of game-changing action steps.”

“We would like to see more focus from the administration, and really from the mayor, on taking a leadership role,” Matzigkeit said. “She hasn’t focused as much attention on crime as she has on other issues.”

Amidst calls to defund police over the summer, Bottoms said defunding the police was a matter of “reallocating funds” which she said her city was “ahead of the curve” on.

“The intent of this movement as best as I can assess really is about reallocating funds for social services and support and community enhancement initiatives,” the mayor said at the time.

“We are ahead of the curve in Atlanta because we are already reallocating our public safety (funds), we are already moving 60 percent roughly out of our corrections budget into that very specific area. So in some areas people are calling it defunding the police, in Atlanta we’ve been doing this work over the past couple of years,” she explained.

As fundraising continues, additional police patrols will hit the streets beginning in January, according to Jim Durrett, who leads the Buckhead Coalition and the Buckhead Community Improvement District.

2020 will be the year a lot of delusions died. It will just take time for the reality of this to set in.

For in a diverse society, the militarization of the police (not the defunding) is necessary to maintain the status quo and keep the peace.

Even in the City too Busy to Hate…