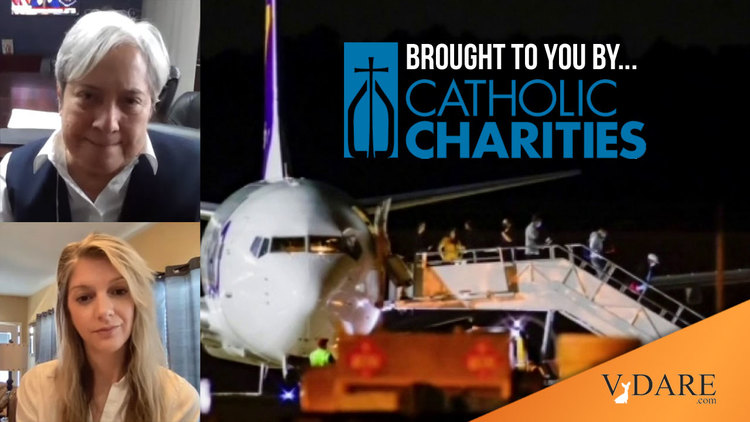 Earlier this month, Fox News's Bill Melugin (who has been doing excellent coverage along the border) shared a video from Ali Bradley on his Twitter feed. (I'm no fan of Twitter and not a fan of Youtube either, but here is the longer version.) Ali Bradley, not a conservative reporter, did a friendly interview with Sister Pimentel, head of Catholic Charities in McAllen, Texas. Around minute 22, the Sister admits—in a slight Spanish accent—that Catholic Charities is receiving money from the Federal government to fly the illegal aliens around the United States.

One of things I was taught in law enforcement is that people lie through omission, or they downplay their roles in crime, et cetera. Sister Pimentel is no different, even if she is a nun. She claims most of the money that is going to fly illegal aliens around the country is coming from their relatives. Perhaps that's true, but it's like saying that 51% is the majority of the money. She also claims not to know how much money the Federal government is giving to Catholic Charities. I find that very hard to believe. She might not know it down to the penny, but I bet she has a good idea of how much those funds are. Why is an independent charity receiving any money at all from the federal government? That should disqualify it from being considered a charity. I certainly didn't vote for my taxpayer money going to fund the invasion of the United States.

I know of conservative Catholics who give to Catholic Charities thinking that they help out people in need. When I informed them that their donations are helping to flood the United States with illegal aliens, I was told that Catholic Charities helps out other causes. For me, that's a sort of head in the sand approach.

I believe the Bill and Melinda Gates Foundation gives more than enough to Catholic Charities, so regular people shouldn't have to.