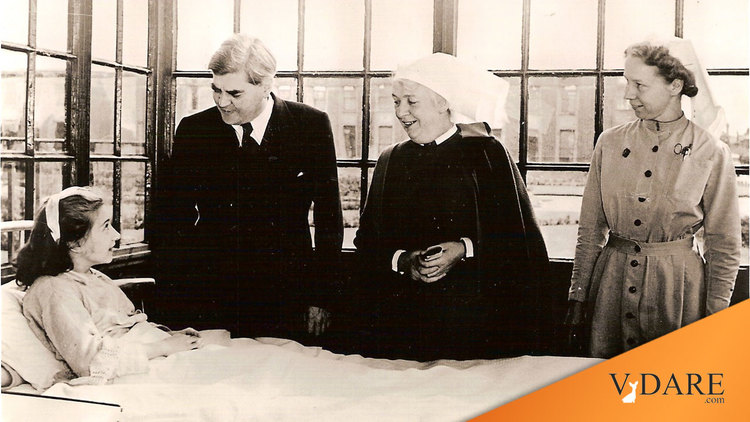 One reason that Brits are so ardent about their National Health Service is that it started in 1947, almost exactly when doctors, after thousands of years fiddling with mostly ineffectual medicines, suddenly had the wonder drug of wonder drugs: antibiotics.

“Oh, your baby has an earache and you are worried he might die or at least go deaf in one ear and his crying has kept you sleepless for two nights in a row? Here, have a prescription for penicillin. It works.”

In 1924, President Coolidge’s 16-year-old son played tennis on the White House court. He developed a blister, which became infected. Within a few days, the boy was dead.

Coolidge wrote in his autobiography: “When he went, the power and the glory of the Presidency went with him.”

Then, suddenly, in the later 1940s, the heretofore eternally omnipresent fear that a loved one would be taken suddenly by an infection was … gone.