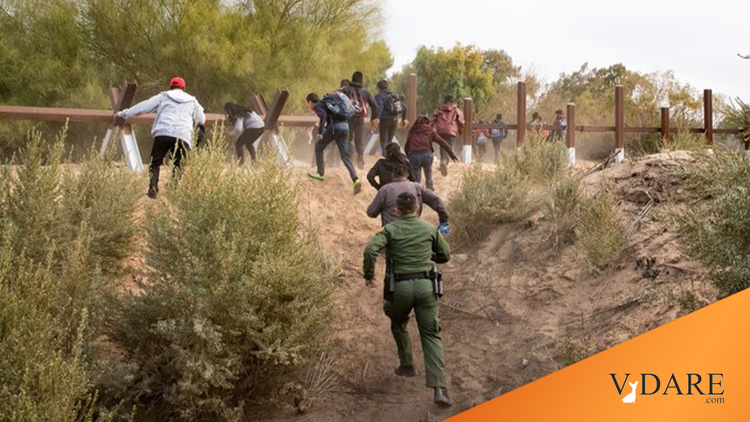 In October, Customs and Border Patrol (CBP) released two short videos to show how important its work is.

This is the 1st in a series of videos that reminds our Agents the risks they take every day to protect #America matter.

We will continue to be diligent & always vigilant in the pursuit of our mission.#BorderSecurity #HumanSmuggling #BorderPatrol pic.twitter.com/O41z7Aj28w

This is the 2nd in a series of videos that connects the dots between #drugs smuggled across the #border to every city, county & state throughout the country.

What happens along the border impacts every single citizen in the US.#opioids #borderpatrol #new pic.twitter.com/ORz1cgPYbA

: Sorry, that page does not exist

These videos are fictionalizations—but they reflect reality.

On Thursday, CBP agents found two bags of Fentanyl pills hidden underneath a car seat. Those drugs weighed 1.3 pounds and were enough to kill 200,000 people.  The day before, a CBP agent arrested Honduran Luis Padilla at a checkpoint in Texas. Mr. Padilla was in the National Crime Information Center (NCIC), a centralized database of criminals where any agency can see if anyone has information on a perp. Thanks to the NCIC and biometric verification done at the checkpoint, CBP learned that Mr. Padilla was wanted in Worcester, Massachusetts for raping a child.

People who work in immigration know that elections have consequences.

If the current network of tools and policies we have, which ended catch and release, are stopped - we won’t just have another illegal immigration crisis - we’ll have an invasion. pic.twitter.com/oDJneEkd23