Black Female Judge Rules U. Of North Carolina Can Continue Violating 14th Amendment As Long As It Makes Even The Most Transparent Effort To Obfuscate What It Is Doing

Earlier (2003) The Michigan Mess: On Cognitive Dissidence About Quotas – And The Need For A Constitutional Amendment

Students for Fair Admissions vowed to immediately appeal in a case that appears destined for the Supreme Court.

The University of North Carolina at Chapel Hill may continue using race as a factor in its admissions process, a federal judge ruled on Monday, rejecting the argument of a conservative nonprofit legal group that is attempting to dismantle college affirmative action policies across the country. 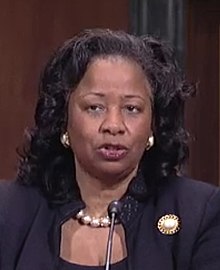 In her ruling, Judge Loretta C. Biggs [Pictured right] said that the school’s use of race in deciding which students to admit was narrowly tailored, and that it had made an effort to consider race-neutral alternatives.

Basically, there are no race-neutral alternatives to assembling an elite but diverse freshman class.

“U.N.C. has met its burden in demonstrating that it has a genuine and compelling interest in achieving the educational benefits of diversity,” said Judge Biggs of the U.S. District Court for the Middle District of North Carolina. She added that the “educational benefits sought by the university are concrete and measurable and are not elusory and amorphous.”

The article does not contain a link to measurable concrete proof of this assertion.

The Supreme Court ruled in 2003 that it’s OK for state universities to violate the Equal Protection clause in their college admissions systems because they aren’t doing it to benefit blacks, but instead are doing it to benefit whites by making sure there are a critical mass of black students introducing all their great Black Ideas into classroom discussions. That’s why American college campuses in 2021 are so famous for their intellectually stratospheric levels of free-wheeling no-holds-barred classroom debates over the great issues of our time.

By the way, I was not familiar with the word “elusory.” But both of its definitions are apt in this case:

“Evasive and elusive” basically sums up the last 53 years of jurisprudential logic on college admissions.

The plaintiff, a group called Students for Fair Admissions, vowed to immediately appeal, and the case appeared destined for the Supreme Court, which is currently considering whether to hear a similar case against Harvard University.

The legal standard governing racial considerations in admissions was established in 2003, when the Supreme Court ruled that a University of Michigan Law School admissions program did not violate the Constitution by giving special consideration to racial minorities, so long as it took into account other factors on an individual basis.

This argument never ever made any sense, but it seems to sufficiently confuse and thus reassure white people.

In a statement, Beth Keith, an associate vice chancellor at U.N.C., said: “This decision makes clear that the university’s holistic admissions approach is lawful. We evaluate each student in a deliberate and thoughtful way, appreciating individual strengths, talents and contributions to a vibrant campus community where students from all backgrounds can excel and thrive.”

Granted, you’d never get away with this kind of stupidity in an online debate about how to select the most promising baseball players. But Americans are extremely dull-witted about anything involving racial statistics.

I’m guessing that some people assume that if blacks tend to be less book-smart, then that just proves they must have higher grades or do more extracurriculars or something. But I’ve never heard this idea enunciated.

Overall, I think mostly Americans come back with a big DOES NOT COMPUTE message when any idea that might violate their protective stupidity impinges on their consciousness.

Students for Fair Admissions had argued that the University of North Carolina considered race in an unlawful, heavy-handed way, tilting the scales in favor of underrepresented minorities, so much so that a mathematical model was able to predict with 90 percent accuracy whether a student would be admitted.

The Bakke decision of the 1970s held that you cannot use “racial quotas” … unless you call them “racial goals.” Then, you’re good.

— in order to increase campus diversity at North Carolina’s flagship public university. While race can be a “plus” for a given applicant, the university said, it is considered only in the context of “everything else known about an applicant.”

And that makes everything totally different for reasons. Nobody has ever explained the reasons, but isn’t it obvious that if the reasons, whatever they are, are hard to understand, then that just proves they must be true. All smart people know that.

In testimony in a bench trial last fall, Steve Farmer, who was then North Carolina’s provost for enrollment and undergraduate admissions, said the university considered race only as part of a process that takes into account grades, test scores, extracurricular activities, socioeconomic status and family background.

See, it’s all very complicated, which proves it’s honest. As we all know, the harder a process is to understand, the less chance the people running the process are violating any rules, such as the Constitution. Occam’s Butterknife proves that. 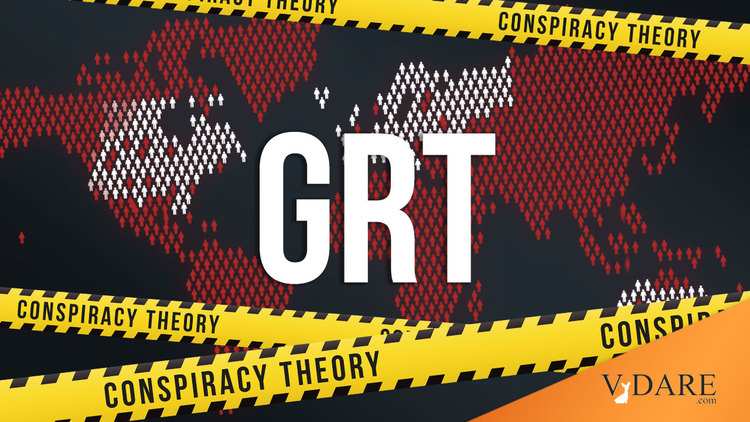