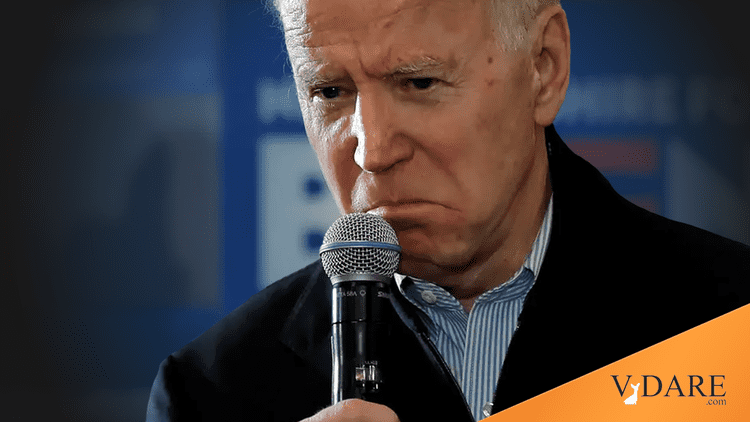 Biden: This Country Is Doomed

His words just before he says “…this country is doomed” are key and the full sentence is basically typical diversity, inclusion, equity Biden. Full text with no editing begins at 1:14:25

“If we cannot make significant progress on racial equity, this country is doomed. It is doomed. Not just because of African-Americans, but because by 2040 [sic] this country is going to be minority white European. You hear me? Minority white European, and you guys are going to have to start working more with Hispanics, who make up a larger portion of the population than y’all do.”

In context, and run through the Universal Biden Translator (a gadget on Star Trek), he is saying that the demographic shift means that Blacks are going to have to extract their Racial Equity from Browns instead of from whom they were getting their R-E-S-P-E-C-T along with C-A-S-H, doing this was going to be really difficult, and Blacks were going to have to make nice with Browns because as you say, the guilt-thing doesn’t work on Browns.