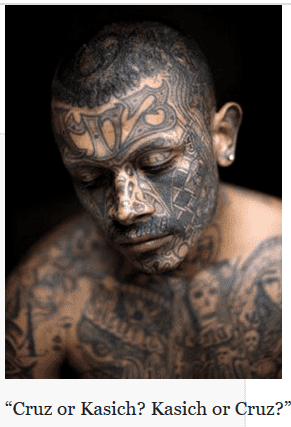 ABC News reports on a breakthrough in the GOP diversity drive:

Thousands of inmates lined up in prisons across Puerto Rico on Friday to cast early ballots in the U.S. territory’s Republican primary, some saying they hoped the elections can help lift the island out of an economic crisis.

At least 6,500 of the island’s 11,500 prisoners are registered to vote, and government officials said this year’s turnout was strong. Even prisoners not registered are allowed to participate in the open primaries, which are held two days ahead of the vote for the general population. The island’s Republican primary is Sunday while Democrats vote in June.

Everybody knows we need to make America more like Latin America: just ask any Republican operative poolside at the Coral Gables Biltmore.