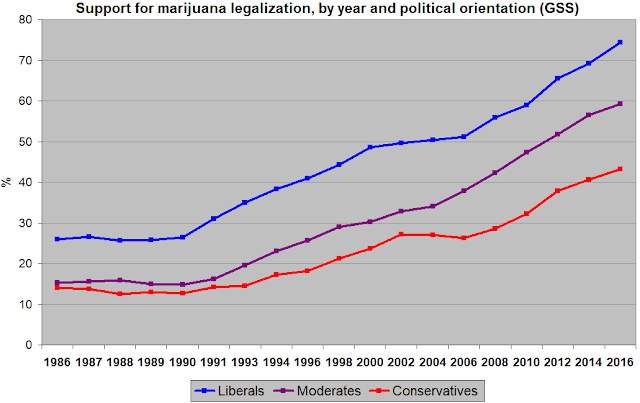 Conservatives are as supportive of legalization today as liberals were during Bill Clinton's second term.

Standing athwart history yelling "stop"? Hah! Timidly, in hushed tones, asking if we might ease up on the accelerator just a hair, more like. Has Jonah Goldberg penned the conservative case for 35 genders yet?