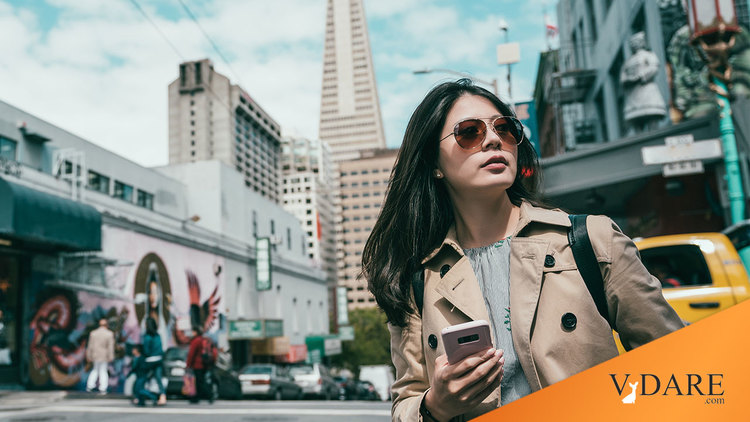 Fear, and Discord, Among Asian Americans Over Attacks in San Francisco

A string of attacks against older people of Asian descent has led to calls for more police officers, an idea rejected by the city’s Asian American leaders.

SAN FRANCISCO — Two grandmothers stabbed and a third punched in the face in broad daylight. An 84-year-old man fatally shoved to the ground while on his morning walk. In the past seven months, at least seven older Asian residents have been brutally attacked in San Francisco, a city with one of the largest Asian American populations and the oldest Chinatown in the country. …

The attacks first shocked and angered Asian American residents in the city. But the question of what to do about the violence has now become a source of division.

Many residents of Chinese descent are calling for a significant increase in police patrols. The city’s Asian American leaders, however, said they would rather explore solutions that do not involve law enforcement. One of the most proudly liberal cities in the country is torn between its commitment to criminal justice reforms in the wake of George Floyd’s killing and the brutal reality of the city’s most vulnerable residents being stabbed in the middle of the day on busy city streets.

Connie Chan and Gordon Mar, the two members of the San Francisco Board of Supervisors who are of Chinese descent, have been under pressure from Chinese activists to increase police staffing, a move the elected officials have largely resisted. Chinese activists — many of whom also denounce Chesa Boudin, the city’s district attorney, for not being tough enough on crime and back a recall effort against him — have shown up at meetings to challenge officials, including Ms. Chan and Mr. Mar. …

It’s almost as “Asian leaders” like Chan and Mar typically represent not law-abiding Asians but the Coalition of the Fringes.

The assaults themselves have become a point of dispute. Asian American leaders and residents disagree over whether the attacks were random or were motivated by racial animus. None of those arrested in the seven most high-profile attacks since January have been charged with a hate crime. The attacks occurred while San Francisco has been confronting what many residents perceive to be a crime problem worsened by the pandemic.

In contrast, the sanctified Racial Reckoning couldn’t possibly have anything to do with the Black Attack increase. Whoever could conceive of such an impossibility? The Soros-funded war on the New Jim Crow couldn’t be altering the cost-benefit tradeoff to encourage more blacks to commit crimes by reducing punishment. It just couldn’t.

Seriously, the pandemic gave the Chesa Boudin-types excuses to suddenly let more vicious criminals out on the street, but Chesa and Company had been planning to do that anyway.

Car break-ins in San Francisco occur at rates among the highest in the nation. And midyear crime statistics released on Monday show a sharp rise in people injured or killed in shootings. And Asian residents are not the only ones being assaulted: Crime data from the San Francisco District Attorney’s Office shows that Black, Latino and white residents are more likely to be victims of crimes involving force and trauma than those of Asian descent. …

A torrent of hate and violence against people of Asian descent around the United States began last spring, in the early days of the coronavirus pandemic.

Anyway, the pattern of elderly Asians being attacked in San Francisco without robbery, but instead just for the heck of it, is from 2021 not 2020.

Those arrested in the most high-profile attacks defy easy characterization. They have been white, Black and Latino.

Nothing was stolen from the victims. The common thread among the suspects is that most, but not all, have a history of homelessness or mental illness, and often both.

I’ll bet a majority of the perps were black, even though SF is only about 5% black and has lots and lots of homeless white crazymen. Does anybody have a list of the seven canonical attacks?