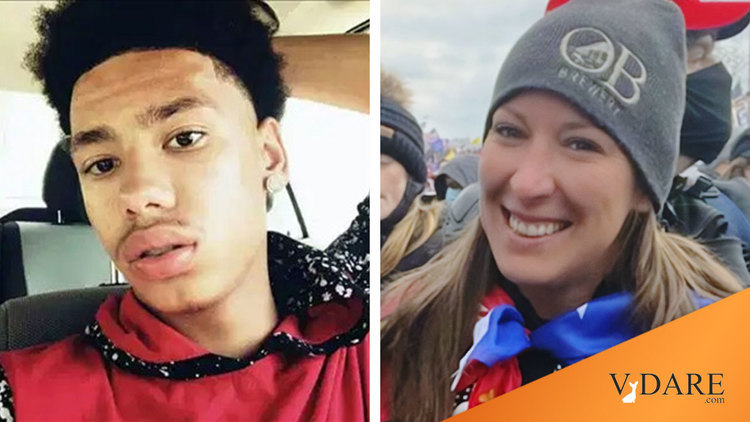 U.S. now has a two-tiered justice system. The story of Ashli Babbitt is proof. Her life ended on January 6, 2021, when a still unidentified black officer shot her during the protest at the U.S. Capitol.

Media Reactions to Daunte Wright and Ashli Babbitt: You Can't Get Much More Who-Whom 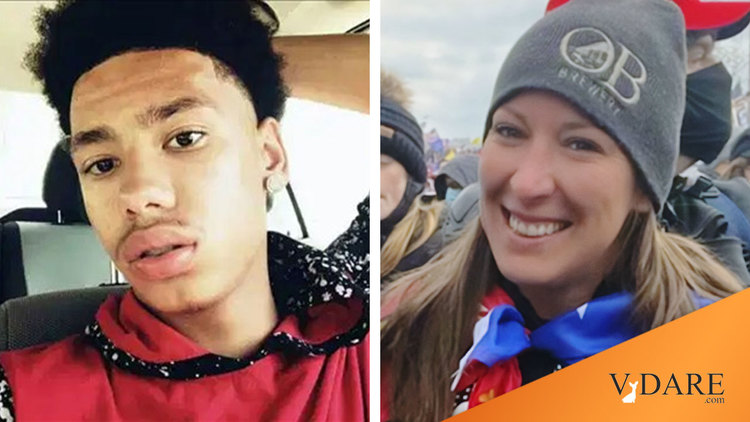 From Steve Sailer: "To me, the late Daunte Wright and the late Ashli Babbitt can be compared fairly directly. Both were lawbreakers (resisting arrest vs. breaking and entering) who got shot dead by cops who made dubious-looking but perhaps justifiable decisions. Wright happened to be unarmed with a gun at the moment, but there were two warrants out for his arrest for separate gun crimes he had committed, while there was no reason to think Babbitt was armed.

"...The Establishment is throwing a fit over Wright while thinking that Babbitt  had it coming. It's as simple to them as black vs. white. Also, Babbitt  was for Trump while Wright probably was not. So what more do you need to know?"

A Martyr for the Historic American Nation—Ashli Babbitt 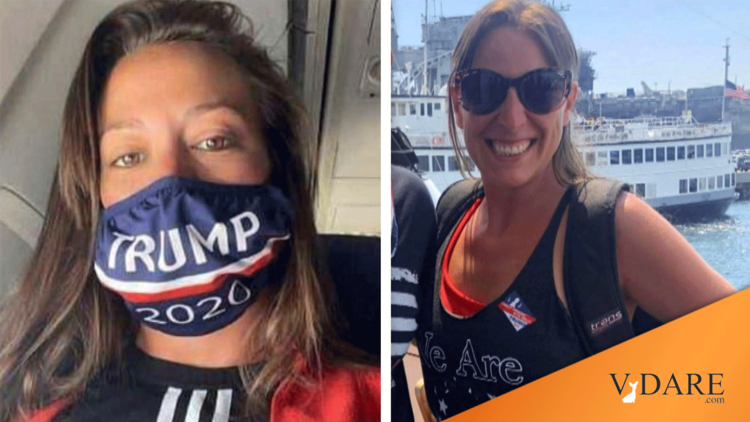 According to Gregory Hood: "If BLM took over the Capitol, once the mob went home, congressmen would kneel in submission. Journalists would praise the takeover. Corporations would give billions.

"And we’re supposed to think BLM got harsh treatment? In what must have been millions of man-hours of rioting, how many people did police kill? Not one. Did they shoot outright looters or arsonists? Only with rubber bullets, and only a handful. So far as I can tell, police did not even open fire and wound a single BLMer — not one — even in the 300 cities with such bad rioting there had to be curfews.

"The very phrase “Black Lives Matter” has almost religious importance. The NYPD, unable or unwilling to stop the crime wave, cracked down on people who desecrated the phrase.  Saying “All Lives Matter” can get you suspended, fired, maybe even killed."

Her Name Is Ashli Babbitt: Unarmed White Woman Gunned Down By State (Unnamed Black Officer) During "Stop The Steal" Rally At Capitol In DC 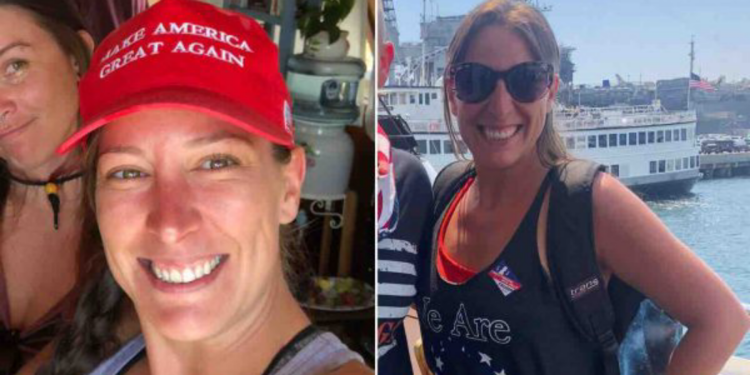 Paul Kersey on "white privilege": "This is the day the idea of 'white privilege' should have died for good. The nation of 'systemic racism' and 'implicit bias' too.

"Anyone still claiming America has a 'white supremacist' culture dominating all life should never be given another second of respect.

“'Unearned privilege' must be retired for good.

"Why? Because an unarmed white woman was murdered in Washington D.C. by the state."

Had It ComingCapitol Insurrection Hoax
<< Previous
Next >>
LATEST