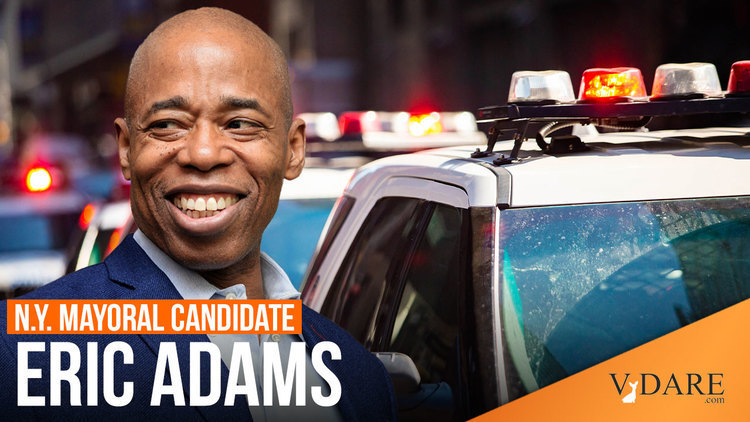 As Non-Citizens Vote, What Is The Point Of Citizenship?

The talk about a "Civil War" seems overheated to me, especially because most Americans won't give up watching football or giving money to institutions that hate them. Most Americans seem to be just tuning out the media hysteria.

However, if you look deeper, some truly fundamental changes to the way America is supposed to work are underway. Perhaps the greatest of these is the declining value of citizenship. The term "second-class citizenship" gets tossed around very often in this country, sometimes by illegals, who aren't (and shouldn't be) citizens at all. What really seems to be developing is a new caste system where being an American citizen who is not eligible for affirmative action puts you at the bottom of the ladder.

In America's most important city, soon, you won't even have to be a citizen in order to vote.

More than 800,000 non-citizens and “Dreamers” could vote in New York City municipal elections as early as next year, after Mayor Eric Adams allowed legislation to become law on Sunday.

Opponents have vowed to challenge the law, which the city council approved a month ago. Unless a judge halts its implementation, New York is the first major US city to grant widespread municipal voting rights to non-citizens.

More than a dozen communities across the US allow non-citizens to vote in local elections, including 11 towns in Maryland and two in Vermont. Non-citizens cannot vote for president or Congress, or in state elections.

The New York board of elections must begin an implementation plan by July, including registration rules and provisions to create separate ballots for municipal races.

The continued downfall of New York.https://t.co/7cAgN9m39u

It’s a watershed moment for the most populous US city, where legally documented non-citizens comprise nearly one in nine of 7 million voting-age inhabitants. The movement to win voting rights for non-citizens prevailed after numerous setbacks.

[New York will allow non-citizens to vote under controversial law, The Guardian, January 9, 2022]

These are "lawful" residents, but they still aren't American. The very fact that this is being broached suggests that America as a meaningful nation-state is already dead.

One might expect the Democrats to push for this at the state and even national level. Again, the issue is not about saving America as a nation-state, because America is not a nation-state. We're already in a post-national period. Those who want to defend America the most are those the System is most hostile against.

There comes a point, and we're almost there, where being a citizen is worse than being an illegal immigrant.