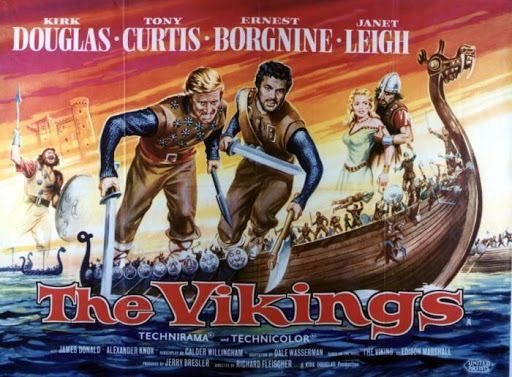 This is from a reflection in the middle of Nature's God, a historical novel by Robert Anton Wilson:

"Historians agree that, when not combing the lice out of his beard or getting drunk, your average Viking preferred to spend his time cracking skulls with axes.

Incidentally, we know the Vikings spent a lot of time combing lice out of their beards because archaeologists have made careful scientific catalogs of the Danish and Norse artifacts found around Dublin Bay, and lice combs outnumber swords and all other implements of war about a hundred to one. As Sherlock Holmes would tell you, “Observing thousands of lice combs, one deduces the existence of many, many lice.” When the Irish said, “Here come those lousy Vikings again,” they were probably being literal.

I know the movie people left the lice out of that epic adventure, The Vikings, starring Kirk Douglas and Tony Curtis, but Hollywood has a tendency to glamorize things. "

Not like being invaded by the Swedish Bikini Team.

The reason I thought of this is that that the Village of Fulford in England, which has been occupied continuously since the Neolithic, has just put up signs commemorating the 1066 Battle Of Fulford.

I mentioned this battle once as my ancestors "first real taste of immigration skepticism." I. E. "Here come those lousy Vikings again"