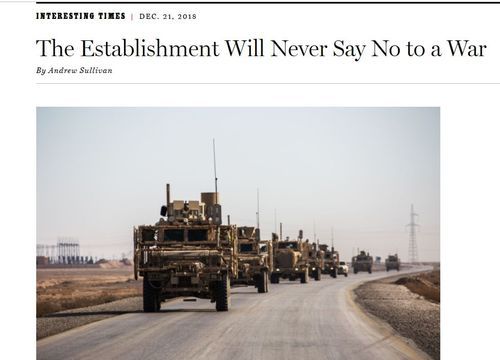 Andrew Sullivan: "The Establishment Will Never Say No to a War"

The Establishment Will Never Say No to a War
By Andrew Sullivan, 12/21/18

The question before us is a relatively simple one: What would be the criteria for removing our remaining troops from the Iraqi, Syrian, and more general Middle Eastern conflicts? Or, for that matter, from Afghanistan, where we have been trapped for more than 17 long years of still open-ended occupation?

If the answer to that question is that only when each of these countries is a healthy pro-American democracy, and Islamist terrorism has ceased to be an “enduring” threat to the West, then the answer, as the old Bob Mankoff joke has it, is “How about never — is never good for you?” …

Get that? After 17 years, we’ve gotten nowhere, like every single occupier before us. But for that reason, we have to stay. These commanders have been singing this tune year after year for 17 years of occupation, and secretaries of Defense have kept agreeing with them. Trump gave them one last surge of troops — violating his own campaign promise — and we got nowhere one more time. It is getting close to insane.

As far as anybody knows after 17 years of strenuously interviewing prisoners, the Taliban, while criminally negligent in hosting Osama bin Laden in 2001, weren’t involved in 9/11. They’ve been punished plenty for their sin of omission.

Neoconservatism, it seems, never dies. It just mutates constantly to find new ways to intervene, to perpetuate forever wars, to send more young Americans to die in countries that don’t want them amid populations that try to kill them. If you want the most recent proof of that, look at Yemen, where the Saudi policy of mass civilian deaths in a Sunni war on Shiites is backed by American arms and U.S. It’s also backed by American troops on the ground — in a secret war conducted by Green Berets that was concealed from Congress. There is no conceivable threat to the U.S. from the Houthi rebels in Yemen; and there was no prior congressional approval. Did you even know we had ground troops deployed there?

There’s actually been some Washington reaction against the war in Yemen the last few weeks as part of the Kashoggi whoop-te-doo. 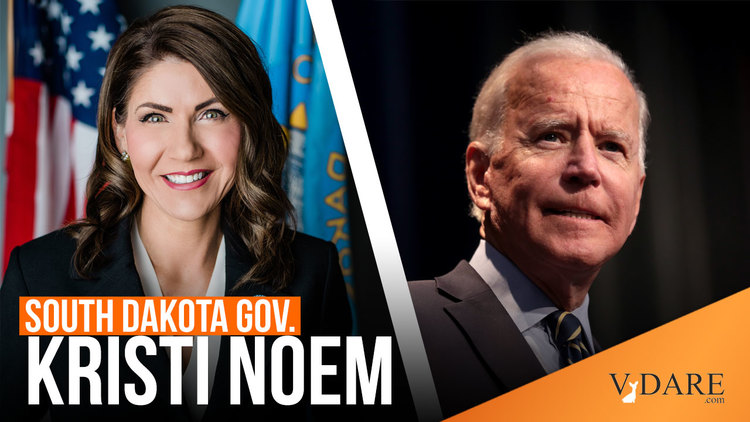