James Holman of the Washington Post reports that candidate Amy Klobuchar has been forced to recant on Official English at an auto-da-fé at something called the "Brown & Black Forum" held in Iowa:

i didn't know that Amy Klobuchar had ever supported Official  English, and I didn't know that there was a Brown & Black Forum at the Iowa primaries but it's one more sign of Democrats being driven to the Left by Minorities. 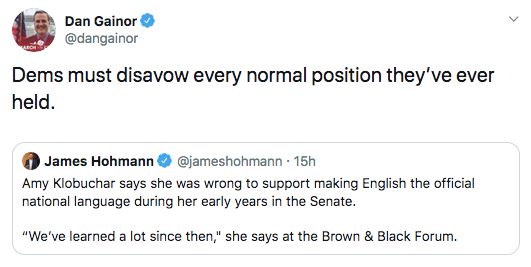