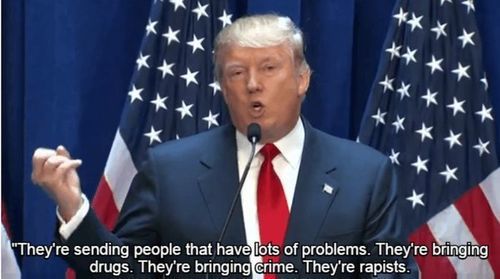 Today it’s four years since Donald Trump came down the escalator and announced that he was running for President. James Kirkpatrick reported it here at the time in Trump Announces Run for President, Slammed By THINK PROGRESS For Mentioning Immigration.[June 16, 2015]

ThinkProgress called this part of the announcement going “full nativist.”

“Some, I assume are good people. But I speak to border guards and they tell us what we are getting.”

All true (see links added by me) except for the rhetorical flourish about “good people” at the end.

Matthew Richer had predicted this here two months before that: For Better Or Worse, Donald Trump May Be The Only Immigration Patriot Running For President, April 12, 2015.

We’ve had some interesting times since then, but don’t forget that Trump’s victory came from doing what we’ve been telling candidates—of both parties—to do since the 1990’s.